These are two remarkable facts about our modern world. One is that it is incredibly amazing, and the other is that we’re incredibly blasé about that amazingness. Our attitude is just boring ho-hum. It takes effort to step back and realize how astonishing our world is — even compared to only a couple of decades ago. I think it would do us good to pause once in a while and admire what humans have been able to achieve in a relatively short period.

Here I will point out a little bit of that amazing stuff that I experienced yesterday. END_OF_DOCUMENT_TOKEN_TO_BE_REPLACED

I think that the most succinct definition of freedom could be the right to say no to another. This was brought home to me in a recent family situation. Never mind the specifics of the situation, the general point is that if a person doesn’t have the freedom to say no, that person is not free. A person must have the freedom to say no if the concept of being free has to have any content.

Suppose I were to demand that you allow me into your home. If and only if you have the right to deny me entrance into your home does the concept of you owning your home have any content. If you can say, “No, you cannot come into my home”, only then does the concept of you owning your home become meaningful. You must have the right to say no, regardless of the reason why you deny me access to your home. If I could somehow enter your home whether you agree or not, then you clearly don’t have ownership of your home. END_OF_DOCUMENT_TOKEN_TO_BE_REPLACED 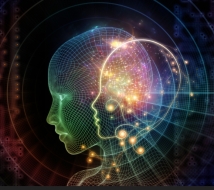 I have been working on an idea for the last few months. I call it “The Beginning of Superabundance” (the title being a hat-tip to David Deutsch’s book, “The Beginning of Infinity.”) There’s something incredible in the works for the world of only a couple of decades hence. That world will be as different from our world today as our world is different from the world of our stone age ancestors. Our ancestors of even a few hundred years ago could not have imagined the marvels — they really are marvels if you think about it — of our world today. Similarly, it is impossible for us to imagine the world of superabundance in any detail but the broad outlines can be guessed provided one thinks intelligently about it.

asato mā sadgamaya,
tamaso mā jyotirgamaya,
mṛtyormā’mṛtaṃ gamaya.
From falsehood lead me to truth,
From darkness lead me to light,
From death lead me to immortality.
That’s known as the Pavamana Mantra. It is one of the very few mantras I know. Another one I can recite by heart is the Gayatri Mantra. It goes thusly:
ॐ भूर्भुवः स्वः तत्सवितुर्वरेण्यं भर्गो देवस्य धीमहि धियो यो नः प्रचोदयात् ॥

END_OF_DOCUMENT_TOKEN_TO_BE_REPLACED

Once again the Religion of Peace has triumphed in yet another part of the world. Afghanistan used to be Buddhist once upon a time. Remember the huge Bamiyan Buddhas? The Taliban took care of them. Islam does wonders for any region it occupies.

The picture above is of the tombstone of Babur in Bagh-e-Babur in Kabul, Afghanistan. On an official visit to Afghanistan in 2005, Prime Minister Manmohan Singh visited Babur’s tomb to pay his respects to that tyrant. The wiki says,

The violence of Babur in the 1520s was witnessed by Guru Nanak, who commented upon it in four hymns. Historians suggest the early Mughal period of religious violence contributed to introspection and then the transformation in Sikhism from pacifism to militancy for self-defense. According to Babur’s autobiography, Baburnama, his campaign in northwest India targeted Hindus and Sikhs as well as apostates (non-Sunni sects of Islam), and an immense number were killed, with Muslim camps building “towers of skulls of the infidels” on hillocks.

Tens of millions of Muslims in India worship Babur. The screen capture below is the ANI report. (Click on image to go to The Tribune Online Edition.) END_OF_DOCUMENT_TOKEN_TO_BE_REPLACED

I got a text message a couple of days ago. It read:

[Amazon] Your account has been deactivated. Please update your personal details. https://www.uam-zon.shop

I clicked on the link knowing that it was a scam. I landed on a page that had looked like an Amazon page — except that it was an obvious fake. I filled in all the required information — email address, postal address, credit card  number, expiration date of CC and the 3-digit security number at the back of the card.

Scammers (probably Nigerians) keep doing this sort of thing. I suspect that they must be getting some returns. Perhaps around 1 in 1000 attempts results in a hit. The reason bad people often thrive is because there are sufficient number of stupid people. END_OF_DOCUMENT_TOKEN_TO_BE_REPLACED 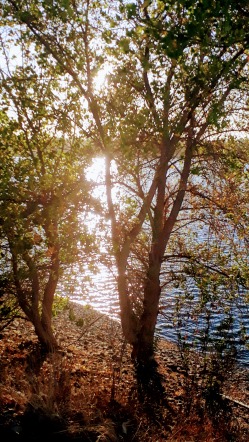 A few days ago, Prabhudesai and I were discussing a remarkable fact about India. We observed that these days many Indian families are sending their children abroad for schooling.

In the past most of the students went abroad only for postgraduate studies. Case in point: I came to the US for my doctoral studies in computer science. But these days families are sending their children for undergraduate education, and a significant number even for high school education.

Among my acquaintances, friends and relatives, I don’t know of a single family that did not send its children for education abroad if they could manage it. Education in developed countries like the US is not cheap by any standard. By developing country standards, education abroad is a huge expense but desperation forces them to somehow make it happen. Quite often they go massively into debt. By hook or by crook, they do the best they can to escape the dysfunctional Indian education system.

The rush is to somehow quit India if one can. And the government is doing all it can to make sure that people, especially those who could have been most productive in India, quit India as soon as they can. END_OF_DOCUMENT_TOKEN_TO_BE_REPLACED

Lysander Spooner (1808 – 1887) the wiki informs us was “an American individualist anarchist. He was also an abolitionist, entrepreneur, essayist, legal theorist, pamphletist, political philosopher, Unitarian, writer …” My favorite bit of his writings is “No Treason: The Constitution of No Authority.”

The essay begins simply with the following: END_OF_DOCUMENT_TOKEN_TO_BE_REPLACED 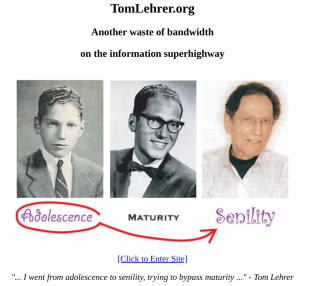 All that, and he’s a genius too. I have loved his songs for decades. Try this one on the chemical elements. The last line cracks me up: