Here’s Freeman Dyson describing a total solar eclipse. The beauty and strangeness of it. The audio below is excerpted from his interview in the series “Of Beauty and Consolation” (which I will link to later.)

Dyson is one of my all-time favorite physicists. I was delighted to know that he thought solar eclipses were wonderful. Here’s another person’s awe of the spectacle.

Here are a couple of maps of the track that the eclipse took: 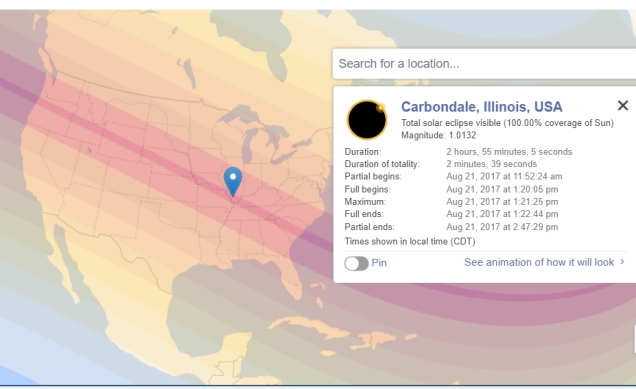 Carbondale, IL is known as the “Solar Eclipse Capital of the United States.” It will also be in the path of totality of  the next total solar eclipse in the US on Apr 8, 2024.

I will of course be there once again in Carbondale, IL to once again catch one of the greatest spectacle on earth.