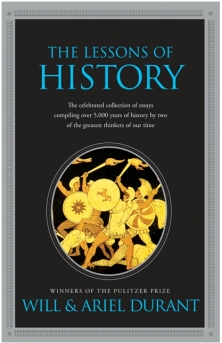 “Nations die. Old regions grow arid, or suffer other change. Resilient man picks up his tools and his arts, and moves on, taking his memories with him. If education has deepened and broadened those memories, civilization migrates with him, and builds somewhere another home. In the new land he need not begin entirely anew, nor make his way without friendly aid; communication and transport bind him, as in a nourishing placenta, with his mother country. Rome imported Greek civilization and transmitted it to Western Europe; America profited from European civilization and prepares to pass it on, with a technique of transmission never equaled before.” 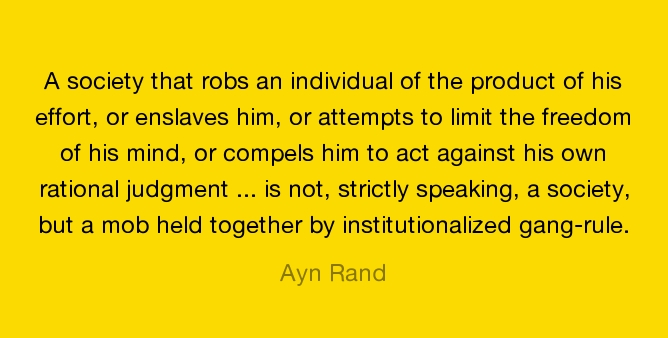 To me it appears to be true that servitude of the masses have to be largely voluntary because the serfs always outnumber the masters. Two quotes on servitude follow but first a bonus quote from Ayn Rand.

“A society that robs an individual of the product of his effort, or enslaves him, or attempts to limit the freedom of his mind, or compels him to act against his own rational judgment … is not, strictly speaking, a society, but a mob held together by institutionalized gang-rule.”

END_OF_DOCUMENT_TOKEN_TO_BE_REPLACED

People condemn disorganized violence but are filled with pride and honor if violence is organized at the national level and projected internationally. That’s funny. Here’s Armen Alchian (1914-2013) in his book college economics textbook Exchange and Production:

Before condemning violence (physical force) as a means of social control, note that its threatened or actual use is widely practiced and respected—at least when applied successfully on a national scale. Julius Caesar conquered Gaul and was honored by the Romans; had he simply roughed up the local residents, he would have been damned as a gangster. Alexander the Great, who conquered the Near East, was not regarded by the Greeks as a ruffian, nor was Charlemagne after he conquered Europe. Europeans acquired and divided—and redivided—America by force. Lenin is not regarded in Russia as a subversive. Nor is Spain’s Franco, Cuba’s Castro, Nigeria’s Gowon, Uganda’s Amin, China’s Mao, our George Washington.

I think envy drives more people to do bad stuff than ambition or greed ever did. And politicians regularly depend on envy to motivate the masses to elect them on the promise that the wealthy are evil and therefore deserving of the pain that they are sure to suffer. Naturally the crookedest of the politicians proclaim loudly that they are just common folks (aam aadmi, chowkidar, etc) who are just like the rest of us, and therefore need not be envied or feared.

I listen skeptically to people who speak evil of those whom they are going to plunder. I suspect that vices are invented or exaggerated when profit is expected from their punishment. An enemy is a bad witness; a robber is a worse. — Edmund Burke, 1790 END_OF_DOCUMENT_TOKEN_TO_BE_REPLACED 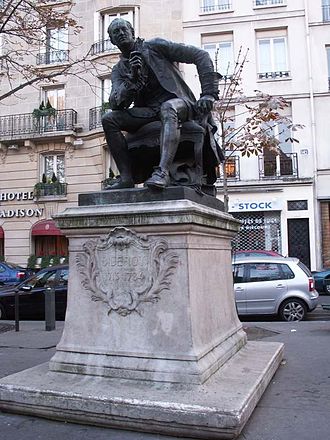 In my last post, On the Distress of Farmers, I wrote “that Indians will never be free until the last politician is strangled with the entrails of the last bureaucrat.” I was echoing the European Enlightenment figure Denis Diderot (1713-1784) who wrote:

Which in English is:

Nature created neither servant nor master;
I seek neither to rule nor to serve.
And its hands would weave the entrails of the priest,
For the lack of a cord with which to strangle kings.

[Source: Did Diderot say that.]

Isn’t that a most apposite quote in the context of politicians (the masters) and the people (the servants)? 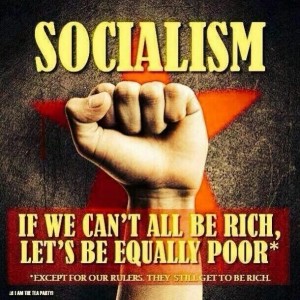 Robert Heilbroner (1919 – 2005) defined socialism as “a centrally planned economy in which the government controls all means of production.”

Why is Heilbroner worth quoting on this matter? Because he knew what he was talking about. He was a committed socialist all his life. He was a best-selling author. His book The Worldly Philosophers: The Lives, Times and Ideas of the Great Economic Thinkers (1953) sold over 4 million copies. Clearly he was not stupid. And when he could not deny the evidence, late in his life he came to recognize that socialism had failed and was honest enough to admit that he had been wrong. END_OF_DOCUMENT_TOKEN_TO_BE_REPLACED

END_OF_DOCUMENT_TOKEN_TO_BE_REPLACED 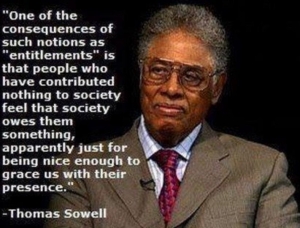 Prof Thomas Sowell of the Hoover Institution at Stanford University is an American institution himself. He is arguably one of the finest contemporary intellectuals. An economist by training, his output of books and articles is prodigious. A brilliant mind and an indefatigable warrior against the forces of unreason, ignorance, bigotry, tyranny, the controlling state, and so on and on.

Here are a few quotes from Dr Sowell.   END_OF_DOCUMENT_TOKEN_TO_BE_REPLACED 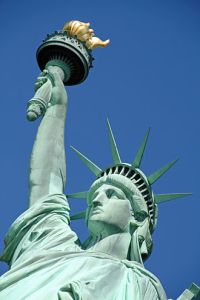 The 3-legged stool of understanding is held up by history, languages, and mathematics. Equipped with these three you can learn anything you want to learn. But if you lack any one of them you are just another ignorant peasant with dung on your boots. — Robert Heinlein in Expanded Universe (1980)

It is difficult to get a man to understand something when his salary depends on his not understanding it. — Upton Sinclair

There is nothing more frightful than ignorance in action. — Johann Wolfgang von Goethe

END_OF_DOCUMENT_TOKEN_TO_BE_REPLACED 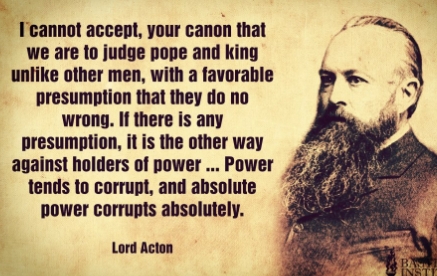 The truth of Lord Acton’s observation gets confirmed with sickening regularity. Here I explore that point in the context of democracy. Why do democracies, particularly those with powerful governments, tend to elect bad people? What’s the analytical relationship between power, politics, money and corruption? END_OF_DOCUMENT_TOKEN_TO_BE_REPLACED