Freedom of speech and expression is the indispensable foundation of a society of free individuals. Civilization cannot long survive without it any more than it can survive without food. As Rowan Atkinson so eloquently argued in his defense of free speech, it is the second most essential thing; the first being food in your mouth and the third being a roof over your head. I am afraid that the trend has not been good in that sphere and it is imperative that we fight for our freedoms. The mindless collective is the greatest threat humanity faces, not climate change or even total nuclear war. END_OF_DOCUMENT_TOKEN_TO_BE_REPLACED 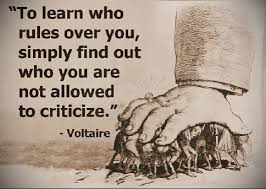 Freedom of speech, expression, and the press is a distinctive mark of civilization. It distinguishes — and indicates the degree of civilization achieved among — the nations of the world. Nations that valued the Enlightenment traditions of the likes of Kant and Voltaire prospered and became culturally (not to mention militarily) powerful enough to profoundly impact, and indeed create, the modern world.

Just compare where the Islamic nations are in relation to the Western nations in terms of social, cultural and economic well-being. The Islamic nations fail miserably. They languish in the bottom of the heap suffering terrorism and imposing it on the rest of the world. Part of the explanation must be that their civilization lacks the freedom of speech and expression.

“Congress shall make no law …”

And consider that the most powerful nation in the world, the United States of America, is what it is partly because of the wisdom of its Founding Fathers who included the critically important First Amendment in the “Bill of Rights” of the US Constitution which says, in part, “Congress shall make no law … abridging the freedom of speech, or of the press …”.

I recognize no authority over me that will dictate to me what I may say or listen to, read, write or watch. I will resist any government that attempts to take away my right to free speech, and the corresponding right to listen to the free speech of others.

Now that I have expressed my position on the matter, let me get down to why I did so. END_OF_DOCUMENT_TOKEN_TO_BE_REPLACED

Pat Condell is a hero in the true sense of the word — a warrior known for his exceptional courage and bravery. But you would not have heroes if there were no cowards. He is a heroic defender of human freedom and therefore the cowardly attacks on him. He is being censored. Vimeo took his videos down. Now YouTube has done that to some of his videos.

However, the internet is what it is because of its distributed nature. The Net interprets censorship as damage and routes around it, as John Gilmore put it. So here is the incomparable Pat on dotsub.com thanking the anonymous cowards who are afraid of what Pat has to say and what they don’t want you to hear.
END_OF_DOCUMENT_TOKEN_TO_BE_REPLACED

Here we go again. The UPA government of India wants to dictate once more what people should know and what information is OK for people to handle. It routinely blocks websites, prohibits or limits the use of mobile text messages, and is now threatening to block twitter altogether. The government’s repression of the people is an old habit and it should not evoke any surprise or comment. Yet the fight for freedom of speech and expression is too important to life and liberty that one should not give up merely because one has been on a losing streak for centuries. We, the people, have to win that battle if we have to win the war for freedom.
END_OF_DOCUMENT_TOKEN_TO_BE_REPLACED

Frederick Douglass (d. 1895), the renowned American abolitionist wrote, “Find out just what people will submit to, and you have found out the exact amount of injustice and wrong which will be imposed upon them . . . The limits of tyrants are prescribed by the endurance of those whom they oppress.” I used that quote in my book, Transforming India, (click for a free download). Indians will submit to a lot, and have done so for centuries. The current oppressors are “democratically” elected. Allow me to quote from the book:
END_OF_DOCUMENT_TOKEN_TO_BE_REPLACED

Sometimes looking at the way the government does things one wonders whether the lunatics are running the loony bin. But perhaps the truth is not funny at all, and more horrifying: the people running the country are not crazy but rather they are terrifyingly smart and know exactly what they are doing and why. Their game involves controlling the masses through lies and misdirection.
END_OF_DOCUMENT_TOKEN_TO_BE_REPLACED

Kapil Sibal’s uncivilized behavior has to have the backing and protection of the Queen Antonia Maino aka Sonia Gandhi. As @vinod_sharma pointed out, “Sibal can’t be head of Gestapo unless there is a Hitler who wants him to do whatever it takes promote & protect him. Why silence about that?” Kanchan Gupta writing in Mid-Day, “A brazen attempt at political censorship” notes that censorship is nothing new: the Congress party and the Nehru-Gandhi family have a history of trying to dictate to the press and muzzle free expression.
END_OF_DOCUMENT_TOKEN_TO_BE_REPLACED

Kapil Sibal is an idiot. You may say that the title of this post is brimming with redundancy since asinine means ‘extremely foolish’ and fatuity means ‘foolishness’. But I like the phrase ‘asinine fatuity’ because it describes Kapil Sibal’s idiocy accurately and comprehensively. Hence the title. Now here’s the why.
END_OF_DOCUMENT_TOKEN_TO_BE_REPLACED

I think the reports of India’s independence from colonial rule are severely exaggerated. Indians have been under foreign rule for several centuries and have become accustomed to being treated like irresponsible slaves, demanding to be controlled. Sure they do “democratically” determine who will rule them, but in the end, they are still slaves entrusted with the task of electing their masters. And the masters decide what the slaves will hear, read, and write. Let me explain why I hold the slaves with special contempt — because they acquiesce so willingly to their slavery.
END_OF_DOCUMENT_TOKEN_TO_BE_REPLACED