Home › Uncategorized › A Bit about Trade

A Bit about Trade 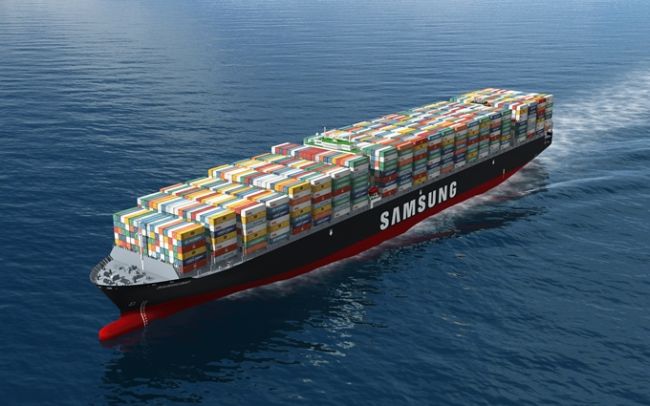 Economists are uniquely qualified in their understanding of one particular aspect of human activity, and that activity is unique to humans. No other animal trades, or exchanges, among its kind. Adam Smith wrote that “the propensity to truck, barter and exchange one thing for another is common to all men, and to be found in no other race of animals.” And no other discipline focuses on trade as much as economics does. Indeed, the most parsimonious description of economics is that it is the systematic study of trade, and trade-offs.

The story of human civilization can be told as a tale of ever-expanding scale and scope of exchanges. Foraging tribes of the distant past produced very little of what they consumed. They lived in groups of 100 to 150 people, and subsisted on whatever they could hunt and gather. What little exchange they did was limited to one’s kin and neighbors, and did not extend to strangers.

As groups grew in size with advancing civilization, opportunities for intergroup and intragroup trade increased. Collectives of ever increasing numbers — from hamlets to villages to towns to cities to megaregions — became possible and necessary as the variety of things produced increased, and specialization in production became possible and necessary for productive efficiency.

Trade permeates every aspect of human existence today. None of us is even remotely self-sufficient in the sense that we do not produce even a tiny fraction of what we consume. The huge gap between what we produce and what we consume is bridged by trade. This gap exists at every level — from the individual to that of a nation. Of course, at the highest level, the whole earth is self-sufficient but as you get to lower levels there is “loss of self-sufficiency.” This loss of self-sufficiency is compensated for by corresponding increases in the possibility for trade.

Trade and prosperity are conjoined twins. Where you have one, you have the other. Without trade, you cannot achieve the same level of individual prosperity as with trade. This is true at the level of nations too: without international trade, a country cannot prosper to the same degree.

Second, trade in final goods (food, clothes, computers, airplanes, cars, etc.) is dwarfed by trade in intermediate goods. These intermediate goods are produced at some locations, transported to various other locations where they are assembled, and then transported to other places to be sold. An astounding 5 to 6 million shipping containers are in transit at any time and every year around 5,000 containers are lost at sea.[2]

Third, the bulk of international trade is between developed countries. This is natural because developed countries produce a lot of stuff, and imports and exports are two sides of the same coin. Fourth, a significant part of international trade is in similar categories of goods. For example, the same country would be an importer and exporter of automobiles, or food or machine tools or jetliners or weapons or whatever.

Fifth, international trade accounts for a smaller share of the economies of large, developed nations, and for a larger share of economies of small, developed nations. That is, a large part of the consumption of a country like the US is domestically produced, as opposed to say New Zealand or Singapore which depends on international trade. New Zealand’s economy is that of grassland agriculture.

All the above are a few fun facts we need to keep in mind to understand what has been India’s experience in the context of international trade. International trade is trade. Political borders do not alter the basic logic or the desirability of trade. Blocking off opportunities for trade is harmful; it really does not matter if that is done by one’s friends or one’s enemies. The country’s government could throw rocks in the country’s harbors or the country’s enemies could throw rocks into the harbors; the effect would be the same though the intention may be different.

It may be useful here to reflect on an evident truth. Nations, like individuals and groups within nations, prosper differentially. Prosperity is neither inevitable nor impossible. How accurately one apprehends the world is reflected in how prosperous one is — all else being equal. This is true of a nation as well. If the leaders of a nation are wise, the nation prospers. Poor nations are poor because their leaders are not wise — by definition, so to speak.

Economic wisdom is hard to come by. Most of what the untrained mind thinks to be true about economics is actually false. Part of that is hard-wired into us by our evolutionary history as homo sapiens. Over 99 percent of our history was spent in foraging, hunting and gathering — not producing stuff and trading what we produce. Adam Smith recognized humans’ natural propensity to trade but humans don’t have a natural understanding of non-zero sum games that is the nature of free trade. Mercantilism appeals to our common sense, not free trade.

So many of the so-called wise men (and they are nearly always males) have been absolute disasters when it comes to economics. The tragedy is that the more powerful the person, the more horrors they unleashed on their unsuspecting victims. They have been economists (like Marx), politicians (like Gandhi), dictators (Stalin and Mao), revolutionaries (like Castro) and dozens of other monsters. Mere good intentions have never been a guarantee of good outcomes. Let me save you from drowning, said the monkey to the fish and put it up on a tree.

Poor countries are generally caught in a trap. Poverty leads the least competent to rise to the top, irrespective of whether it is a democracy or a dictatorship. The incompetent leaders get their advice (if they seek advice at all) from incompetent bureaucrats. The policies they impose end up further impoverishment — the cycle continues.

Every once in a while, by some happy accident of fate, some countries get wise leaders, and they escape poverty. The most striking example is that of China. Mao Zedong killed an estimated 40 to 60 million Chinese; Deng Xiaopeng liberated over 800 million Chinese from dire poverty. Mao did not understand the nature of the world; Deng did. Like China got its Mao, India got its Gandhi-Nehru but unlike China, India never got its Deng.

China tried socialism and closed its economy to the rest of the world. But Deng realized that he needed to learn what led to growth and prosperity. He asked Lee Kuan Yew to teach him. Being wise, Deng understood Lee’s lesson and opened up China to the industrialized world. He realized that capitalism could do what socialism could never do — create wealth. You know the rest of the story. Here’s a graphic that blows my mind.

Some people are genuinely mistaken about the world but when they realize their mistake, they are able to correct themselves. Lee Kuan Yew never hesitated to admit that he’d made mistakes and corrected them. I have not ever known of any of India’s celebrated politicians ever admitting error and changing policy.

Another problem with leaders is that they have to be powerful and that means exercising power and control over others. So when it comes to choosing between two courses of action — one which requires control and the other that requires relinquishing control — control-freak leaders would naturally choose the former. And there’s the trouble.

Control and planning go hand in hand. If you don’t have a plan, what are you controlling anyway? Planning is absolutely critical in all ventures. An example: Steve Jobs. A man with a plan, and a control freak. Brilliant in his vision and brilliant in execution. Can you imagine Apple being the success it is without top-down centralized dictatorial control? Only stupid people will think that top-down plans don’t work.

The difference is that countries are not corporations. Command and control works in corporations but fails at the level of any modern economy.

For now, let’s talk trade. I was told that the Indian government is moving the country toward import-substitution. I don’t know the details but I assume that it is back to Nehruvian socialist policies of import quotas, tariffs, license, permits and such. Like it did before, it will hurt the country economically but it will also enrich the politicians, the babus and their cronies.

The politicians will declare that this will help employment and the people will be once again bamboozled. The journalists and talking heads on TV don’t know anything that is both true and important.

What should India’s trade policy be? India should have open trade with all friendly nations — which excludes just a handful of nations such as China and Pakistan. India needs to produce stuff that those friendly nations would buy and in exchange India would buy from them whatever Indians want to buy.

If a sufficient number of Indians want to buy stuff made by foreign firms, it would make sense for the foreign corporations to make the stuff in India. The policy should be to invite foreign direct investment and guarantee that their property will be protected from government predation.

(If there’s any discussion, I will go into more details about the dynamic effects of trade, the changing structure of production and the changing nature of the economy and why the past is not a sufficient guide to the future.

Later I will get back to the series “This Policy, Alone.” This digression was brought to you by a request from Akshar.)

[1] See the wiki entry on Ricardian Theory of International Trade for a very brief introduction.

There are about 5 to 6 million shipping containers crossing the sea at any time. The United States imports more stuff this way than any other country. That’s nearly 20 million rectangular metal boxes a year that include anything from toxic chemicals to Cheetos.