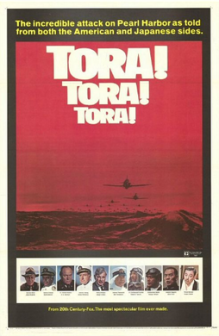 The US is the preeminent economic and military power in the world today. But the US began as a small nation of only 2.5 million people when it declared independence from the British in 1776. At that time, the US economy was 30% that of Britain. But that all changed. By 1920, America Had Become World’s Top Economic Power.

“By the end of World War One, the United States produced more goods and services than any other nation, both in total and per person.

“Americans had more steel, food, cloth, and coal than even the richest foreign nations. By 1920, the United States national income was greater than the combined incomes of Britain, France, Germany, Japan, Canada, and seventeen smaller countries. Quite simply, the United States had become the world’s greatest economic power.”

How prepared was the US in the late 1930’s to meet Nazi Germany in war? Not very. But it rapidly met the challenge.  I learned a lot about how resourceful Americans are from the video titled, “How The Americans Outproduced Everyone Else In WW2.” The Second World war awoke a sleeping giant. Watch.

One of my favorite war movies is Tora! Tora! Tora! about the Dec 1941 Japanese attack on Pearl Harbor. At the end of the movie, the Japanese Admiral Isoroku Yamamoto says, “I fear all we have done is to awaken a sleeping giant and fill him with a terrible resolve.”

About that quote, the wiki says,

Although the quotation may well have encapsulated many of his real feelings about the attack, there is no printed evidence to prove Yamamoto made this statement or wrote it down. William Safire traces its origins to the phrase dubiously attributed to Napoleon, “China is a sickly, sleeping giant. But when she awakes the world will tremble”.

Lots of dubious attribution but that quote about China is turning out to be true. The world is indeed trembling.