To pick up where I left off in the previous post — “Governments fail because usually the citizens are not very clever, the politicians are power-grubbing cretins, and the bureaucrats are corrupt ignoramuses. The solution is therefore to keep government small and its scope severely limited” — let’s ask “What is the proper role of the government or the state?”[1]

For a start, we should define “the state.” The state, according to the German sociologist Max Weber (1854 – 1920), is a “human community that (successfully) claims the monopoly of the legitimate use of physical force within a given territory.” This characteristic of the state, more than anything else, determines and constrains its scope. END_OF_DOCUMENT_TOKEN_TO_BE_REPLACED

When governments fail — and they do so with predictable regularity — nations fail. But why do governments fail? That’s because humans constitute the government, and humans by nature are myopic, greedy, ignorant, egotistic, and stupid. Those flaws, generally present in modest measures in all of us, get exaggerated in people who wield power. People in government can be relied upon to be the worst exemplars of the human race. The greater the power, the lower on the humanity scale a person is likely to be. As Lord Acton said, “Great men are almost always bad men.”[1]

The basic problem is that for the government to do its job, whatever that may be, it has to have power. That power attracts the most power-hungry, anyway. But even if by some chance, someone with little ambition does get in a position of authority, that authority itself frequently corrupts the person.

In the next few posts, I will explore this topic of why government must be severely limited. For now, here’s a bit from an entry from 2008: Of Kakistocracies, Principals and Agents. END_OF_DOCUMENT_TOKEN_TO_BE_REPLACED

“What’s the state of the Indian economy, and what needs to be done?” asked K. Srinivas. The Indian economy is not doing too well but neither is it in dire straits. The rough indicator of the health of an economy is its GDP growth rate. It’s around 5 percent per year, which is not really robust for a country as poor as India. That rate would be fabulous for a rich country like the US, but for India it spells continued misery.

The government, of course, would like to claim a higher GDP growth rate and do so by manipulating the numbers. But quibbling over small numbers doesn’t buy you much. Regardless of whether it is 5 or 6, the bad news is that the economy is in trouble. Why is that so? END_OF_DOCUMENT_TOKEN_TO_BE_REPLACED 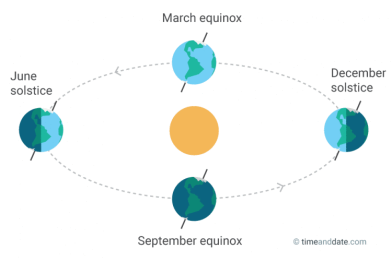 Today is the first day of Fall in the Northern hemisphere, and at 3:50 am Eastern Time (7:50am UT)  was the beginning of the September equinox. At 3:50 am ET, the Sun crossed the celestial equator.

“An equinox is commonly regarded as the instant of time when the plane of Earth’s equator passes through the center of the Sun. This occurs twice each year: around 20 March and 23 September. In other words, it is the moment at which the center of the visible Sun is directly above the Equator. … On the day of an equinox, daytime and nighttime are of approximately equal duration all over the planet. They are not exactly equal, however, due to the angular size of the Sun, atmospheric refraction, and the rapidly changing duration of the length of day that occurs at most latitudes around the equinoxes.” [Wiki.]

At heart, I am an anarchist. The average person will recoil with shock and horror from such an admission because ‘anarchy’ almost always implies social disorder, chaos and disaster.

But that reaction is wrong, and not surprisingly so. After all, that same fellow would get starry-eyed at the mere mention of democracy. India is the largest democracy in the world, don’t you know!

As a system of governance, anarchy resonates most with how I approach the world. I reject hierarchy and authority. I had arrived at this conviction long before I got to know about the French politician and philosopher Pierre-Joseph Proudhon (1809 – 1865), the first self-professed anarchist.

Proudhon in his Confessions of a Revolutionary defined anarchy as “order without power” and “the absence of a master,” and wrote that “whoever lays his hand on me to govern me is a usurper and tyrant, and I declare him my enemy.”

Knowledge is power. It’s trite because it is almost trivially true. After all, knowledge is the foundation for technology, and technology gives your power. The  world depends on knowledge, and on so much of it that no single person can know it all; therefore the division of knowledge (which is implied by the division of labor that is at the heart of economic prosperity) becomes critically important.

END_OF_DOCUMENT_TOKEN_TO_BE_REPLACED 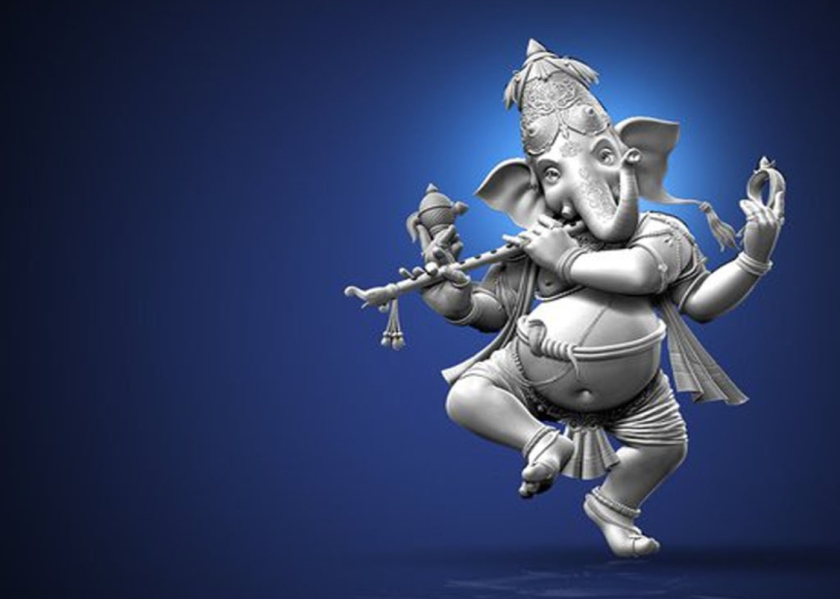 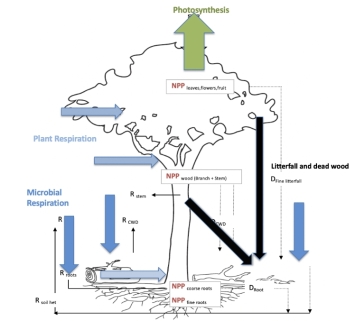 It is fun to learn new stuff. Today I learned some interesting things about the global oxygen cycle. Of course, I had known about photosynthesis from my school days. It is the process which converts CO2 and H2O and produces oxygen and the stuff that trees and plants are made of.

Aside: Many people don’t realize that all plants are basically carbon and that the carbon comes from atmospheric carbon-dioxide. Therefore higher concentration of CO2 implies higher rate of plant growth, and so increasing CO2 concentration has the beneficial effect of faster plant growth (and not just global warming.) END_OF_DOCUMENT_TOKEN_TO_BE_REPLACED