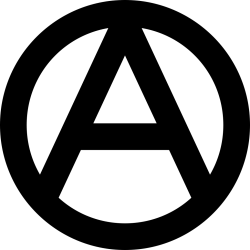 At heart, I am an anarchist. The average person will recoil with shock and horror from such an admission because ‘anarchy’ almost always implies social disorder, chaos and disaster.

But that reaction is wrong, and not surprisingly so. After all, that same fellow would get starry-eyed at the mere mention of democracy. India is the largest democracy in the world, don’t you know!

As a system of governance, anarchy resonates most with how I approach the world. I reject hierarchy and authority. I had arrived at this conviction long before I got to know about the French politician and philosopher Pierre-Joseph Proudhon (1809 – 1865), the first self-professed anarchist.

Proudhon in his Confessions of a Revolutionary defined anarchy as “order without power” and “the absence of a master,” and wrote that “whoever lays his hand on me to govern me is a usurper and tyrant, and I declare him my enemy.”