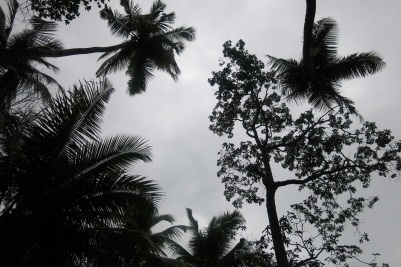 “What’s the state of the Indian economy, and what needs to be done?” asked K. Srinivas. The Indian economy is not doing too well but neither is it in dire straits. The rough indicator of the health of an economy is its GDP growth rate. It’s around 5 percent per year, which is not really robust for a country as poor as India. That rate would be fabulous for a rich country like the US, but for India it spells continued misery.

The government, of course, would like to claim a higher GDP growth rate and do so by manipulating the numbers. But quibbling over small numbers doesn’t buy you much. Regardless of whether it is 5 or 6, the bad news is that the economy is in trouble. Why is that so?

The simple answer is poor governance. Part of good governance is the formulation of policies that promote economic growth. Good economic policies are not accidentally arrived at; they require a deep understanding of the nature and causes of economic growth.

Policy makers are elected politicians, guided by officials of a permanent bureaucracy. If the bureaucrats are uninformed, and the politicians cannot judge the quality of the advice they are offered, then it is unlikely that the policies will benefit the economy. The worst case is when the politicians don’t even understand that economic policies matter, and believe that political maneuverings are sufficient for economic prosperity.

Politicians are not responsible for the wealth of nations, but they can be responsible for the poverty of nations.[1] Politicians cannot create wealth because wealth creation is the result of productive activities which they are incapable of. Factory and farm workers, scientists and engineers, miners and manufacturers produce wealth. The best that politicians can do is to get out of the way and not put barriers to productive activities. But it is par for the course that politicians usually meddle in the economy and create the poverty where there could have been prosperity.

Why do governments meddle in the economy when it has been abundantly clear for decades that it is the wrong thing to do? It’s because of a dangerous combination of hubris, ignorance, avarice and the lust for power and control. It is easy to explain that only the most power-hungry and avaricious will get to positions of power in the government; that the winners of political struggles will necessarily be ignorant of how the non-political world works; their ignorance will enable them to entertain the idiotic notion that the government control will be good for the economy.

Fact is that people produce wealth, governments don’t. What is the proper function of the government? To be a referee in the economic game, not a rule maker or a player. The rules of the economic game have to be formulated outside the control of those in government. Why? Because those in positions of power would invariably choose rules that benefit them and impose costs on others.

Fortunately, the set of rules that promote economic prosperity is known. Empirical evidence shows that they work, and analytical reasoning explains why they do. They are known. What are those rules?

Can the rule-set really be that simple? Yes, they are simple, even though the economic game as it plays out is so complex that it defies human comprehension. Simple rules sometimes underlie emergent systems with complex behavior.

That is why India is poor.

16 thoughts on “The State of the Indian Economy”