That’s the Ford Model T. The fanciest car that you, as a fairly well-off American, could have bought in 1925 — the year it went on the market. Pretty neat, eh? Well, not as neat as a present day BMW or Jaguar, or Benz, or even any average sedan or SUV. No billionaire of 1925 could have bought a Honda CRV even.

Just a 100 years ago, even billionaires could not afford any of the gazillion things we average folks can order from the comfort of our bedrooms and have it delivered the next day. We are immensely richer than even the richest emperors. The Palace of Versailles, the principal royal residence of France from 1682, under Louis XIV, did not have air conditioning or refrigerators. No telephones. No surround sound, no 4K UHD video system. Not even ice cream in summer. I am richer than Louis XIV. [See note 1.]

I’ve been arguing that there exists a past date (Date1) such that even the richest people of Date1 were poorer than the poor of the present, and that there will be a future date (Date2) such that the richest people of the present are poorer than the poor of Date2. The averages of the distributions of wealth across time keeps diverging, until at some point, some distributions don’t overlap at all.

Here’s another way to think about the progress in material well-being that has been achieved. Which of the following options would you choose: 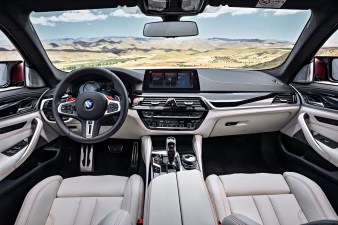 If you choose option 2, you will be pathetically poor compared to the average schmuck in the developed world of today. No movies, phones, music, fine clothes, no antibiotics, primitive transportation, no fancy cars, no air travel, no air conditioning — the list is nearly endless.  You would not even be able to buy a Ford Model T (there were none in 1919). But you today can buy this BMW M5.

[1] By our standards, the palace was filthy. “What did the other thousands of people of Versailles use for their toilets? One option was of course the major hallways where people would squat in the dark corners and use as their toilet.” [Source: The Toilets (or lack of) of Versailles.]

13 thoughts on “Wealth and Poverty — Past, Present and Future”