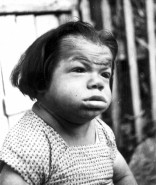 Sorry that I have to disturb the serene silence of this blog with a rant against the Islamist chief minister of West Bengal, Mamata Begum (or whatever her Arabic name is.) As this is a family-friendly blog, let me put it as politely as I can: she’s a f**king retard. And what’s more, the people of Bengal who support her are bigger effing retards than she is. What provoked me? Here’s her tweet:

I am sorry to read in the media about the Govt inviting expression of interest for selling Air India, the jewel of our nation. We strongly oppose this and want this order to be withdrawn immediately. This Govt must not be allowed to sell our country

Air India is the jewel of our nation? Are you effing kidding me? Is it just ignorance or stupidity (perhaps both) that the average Indian who is not ever likely to set foot in an airplane has been forced (at the point of a gun) to pay for the incompetency of those who run Air India? Is she that abysmally stupid and/or heartless that she wants Air India to continue bleeding the poor of India, while the politicians and bureaucrats and their hanger-ons use Air India as their private FREE airline?

I am more than normal mad at this insanity. Let me explain. The last couple of times I traveled to India, I chose to fly Air India. It wasn’t pretty. The planes were old (Boeing 777s), the seats falling apart, the toilets were filthy, the food was marginal, the in-flight entertainment system did not work at most seats, and the overall experience was sad. Only half the business class seats were occupied, and I suspect that half of the passengers were traveling business class on free tickets as family members of employees of Air India.

Now there is talk of the government partly privatizing Air India. With its Rs 50,000 crores of accumulated losses, I doubt anyone would be interested in buying even part of Air India. But I am certain that Modi will figure out some excuse for not selling the expensive POS. He’s not stupid. The people are stupid but he’s not stupid.

Anyway, Mamata Begum (or Mumtaz Mohammed or whatever her name is after conversion) is a cretin. She has to be because only cretins convert to that religion.

7 thoughts on “Mamata Banerjee is a Retard”