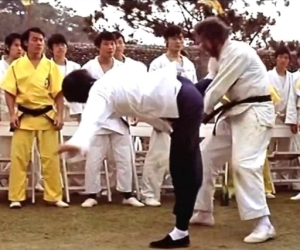 In the previous post “Economics and Physics” I briefly explored why the basic explanations of physics are hard to understand and why the basic explanations of economics are easy to understand. Physics is called a “hard science”. I believe it is hard in the sense that advances in physics are made by supremely intelligent people and even comprehending them requires a good deal of training and intelligence.

Physics is also hard in that it is not some soft and squishy, namby-pamby whatever goes kind of nonsense, unlike in some other intellectual enterprises where people just make up stuff as they go along.

Unlike physics, economics is not a hard science. It can be variously characterized as a social science, or a behavioral science. Its basic tools are logic and game theory rigorously applied to a set of axioms that relate to how individuals behave. Unlike physics, economics cannot make any precise macro-level predictions. For example, in economics there is no equivalent to the E=mc**2 or the inverse square laws of physics.

Note that equations of physics encapsulate relationships between physical variables. These relationships are just so. They are precise but do not arise out of any logical necessity. Certainly, mathematical tools are useful in the study of physics but that’s just incidental. It is a bit of a mystery why mathematics just happens to apply so neatly to physics.[1]

Enough of physics. Now let’s talk about economics. Which means we need to talk about how people act. Here is a list of verities about humans:

The last two points bring up an important and subtle concept. When you do something, you have forever foregone the opportunity of doing all the other things you could have done instead. That is the concept of “opportunity cost”. Opportunity costs arise from a basic feature of the universe — that time is limited. Furthermore, opportunity costs are subjective.[5]

Are those claims about people true? I think they are. How do I know? Because they happen to be true for me. And I suspect that they are true for you too. We are conscious beings with the ability to reflect and introspect. We cannot explain how consciousness arises but we experience consciousness. Atoms, bricks, and wooden boards don’t.

Which is why it is possible to successfully engineer a bridge or a building but not a society. Social engineering is doomed to failure, as has been empirically demonstrated by communist and socialists regimes across the world for decades at the cost of enormous human suffering. This is why one of the best ways to ensure poverty is set up a Planning Commission — as India has done for many decades.

Why does planning fail to create wealth? Why does communism fail? Why does socialism fail to deliver the wonders it promises? Economics answers those questions. The beauty of economics is that the answers are accessible to the average 12-year old.

3 thoughts on “Understanding Economics is Easy”