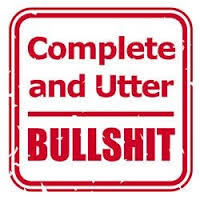 I was recently asked my opinion on Islamic banking. I know next to nothing about that. I am told that it is against Islamic principles to charge interest on loans. As a liberal, I take the position that people ought to be free to do whatever they want with their property. They should be free to lend their money at whatever interest they want (including zero interest or a million percent interest.) The only condition is that there must be no coercion involved.

Therefore, anyone who is handing out interest free loans out of their own wealth will find a willing borrower in me. Although it is obvious that giving out interest-free loans is an idiotic thing to do, I don’t believe it is anyone’s business to force people to avoid folly.

I sometimes get to know of some Indian politicians’ call for Islamic banking in India. More power to them. I am all for Islamic banking, Christian banking, Voodoo banking, Jewish banking, Buddhist banking, Brainless banking, or whathaveyou. The financial intermediation services provided by banking are vital to economic well-being. But as always, I am against the use of force and aggression.

As long as the government does not take my money so that it can give it to Islamic banks to lend it out at zero interest rate, I am fine. People who follow Islamic principles may wish to do so but making me follow Islam under threat of force will invite massive resistance and retaliation from me.

Until India formally becomes an Islamic state (like Pakistan and Bangladesh), any Indian politician who demands Indian banks follow Islamic principles should be taken out and shot.

8 thoughts on “On Islamic Banking”