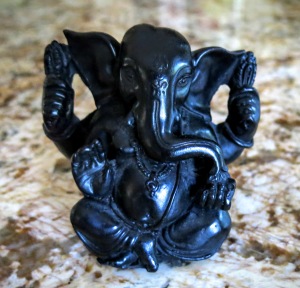 Ganesh, the Lord of Beginnings, the Remover of Obstacles is without doubt the coolest of gods. He goes places. Here’s him in the home of Molly and Prashant and their children Ria and Joydeep in Chicago. I stopped here on my way from the East coast to San Jose.

This one is just one of the many Ganeshas you would find in this home, or for that matter in Indian homes across the world. And talking of the world, here’s Ganesh in Ireland, playing an Irish musical instrument, the uilleann pipes (similar to bagpipes). 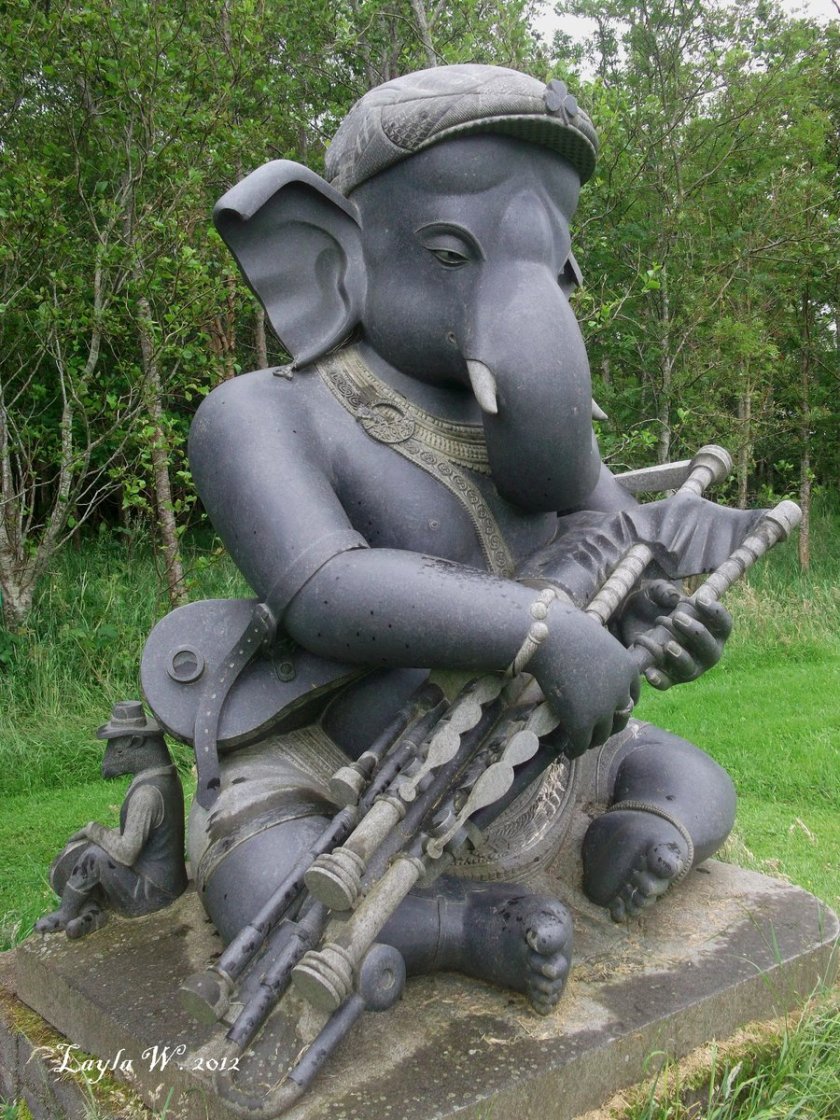 Where’s that Ganesh, you ask. Here are the details.

Victoria’s Way, located near Roundwood, County Wicklow in Ireland, is home to 9 black granite Ganesh statues. The 9-hectare privately owned meditation garden includes a number of small lakes and forested areas. A plaque by the entrance says the park is dedicated to cryptographer Alan Turing. The park is open to the public during the summer months, with an admission fee for adults.

The Ganesh sculptures range in size from 5ft 6ins to 9ft and weigh between 2 and 5 tonnes. The statues were shipped from India to Ireland at a cost, paid by Victor himself.

Victor was born of German Jewish parents in Berlin in 1940. By the age of 14, he had decided to go to India, keen to become a sadhu and spend his life in the pursuit of enlightenment. Before he had reached 25, Victor reached India. Thereafter, he spent the next 25 years as a wandering monk in India, learning about Hinduism, Buddhism, Yoga, studying the Vedas and Upanishad. He spent some time at Shri Aroubindo Ashram in Pondicherry. He travelled widely through India, spending time at various ashrams, under the tutelage of many gurus. He also travelled to the Far East. During his long stay in India, not only did he came to love the country, but his own devotion to Sri Ganesh, arguably the most beloved of the gods, grew. That gave him the idea of starting a Ganesh Park in Ireland.

Source: Park in Ireland home to 9 Ganesha Statues. There are more details here.

Here’s wishing you & yours a very happy Ganesh Chaturthi. Be well, do good work and keep in touch. 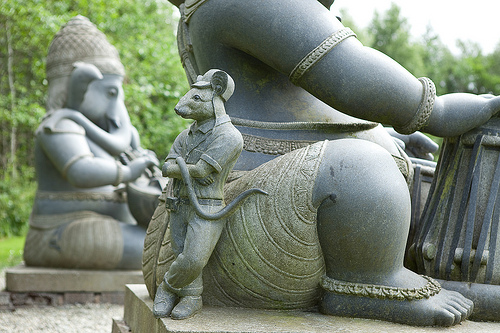 Note that Ganesh’s transportation — a mouse — is also appropriately turned out with a baseball cap on his head.