It’s been a while since I have expressed my disgust of monotheism. So here’s Nobel laureate physicist Steven Weinberg on the god of the monotheists. He says he dislikes that god — and clarifies that his dislike of a non-existent being is akin to the dislike he has for other villains of literature. Watch the brief ~3 min. video. END_OF_DOCUMENT_TOKEN_TO_BE_REPLACED

This is a work in progress. It is my take on what is wealth, how it is created, what motivates that creation, what are the barriers to it, and what can be done to remove them. The series so far:

Part 1. What’s wealth and where does it come from.
Part 2. Competition and the creation of wealth.
Part 3. The Nature of wealth. (The current part below.)

The topic is very exciting if you are the kind of person who like me is interested in figuring out how the world works, and are not that interested in the shenanigans of politicians and other such lowlife. Otherwise all this is very boring stuff that you’d be well advised to give a miss. So with that warning . . . END_OF_DOCUMENT_TOKEN_TO_BE_REPLACED 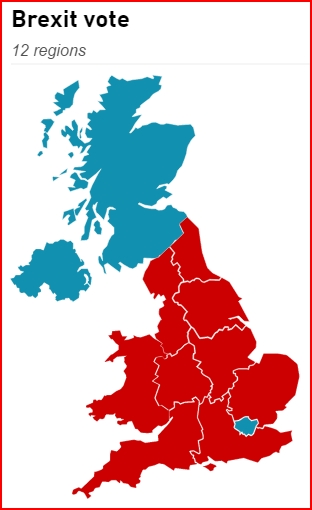 Yesterday I predicted that Britain will vote to remain in the EU. I also said that it would be better for them to leave. I am thrilled that the popular vote proved me wrong. A little ray of sunshine in the general doom and gloom.

There’s too much news coverage of the decision. So let me point to two excellent voices that were arguing that Britain should and must leave. Watch these, not just for understanding a point of view but also how that point of view was expressed. These are object lessons in persuasion and oratory.
END_OF_DOCUMENT_TOKEN_TO_BE_REPLACED

So tomorrow (I am writing this on Wednesday at 4 PM Pacific), Thursday, British voters would choose to remain or leave the European Union. I think it should leave. I don’t think it will.

The reason I think it should leave is summed up in this piece over at HumanProgress.org: Britain’s Democracy is a Sham. Reason I think that it will remain is that I don’t hold voters (all voters, not just British) in very high regard. They are generally ignorant, myopic and gullible.

Ignorance, like mortality, is universal. All of us are mortal, all of us are ignorant. We are necessarily ignorant because the amount that is collectively known exceeds the capacity of any individual to know by several orders of magnitude. Each of us probably knows about 10 billionth of what there is to be known. My claim about voters being ignorant, though, has a different emphasis.

I think voters are ignorant about the specific issues that they are usually asked to indicate their preferences through their votes. Some of the smarter voters understand that they don’t understand the issues. That is they are not ignorant of their ignorance.

Richard Dawkins falls into that group. He confessed that he is not qualified to vote on the EU matter: “I don’t have a degree in economics. I’ll try to make up the deficiency by reading. But in a representative democracy we pay MPs to do such detailed homework for us. There may be simple issues for which a plebiscite is appropriate (fox hunting, perhaps). But why does anyone think an issue as complex as membership of EU is one of them?”

This is a continuation of the brief piece about what’s wealth and where does it come from. Wealth, defined broadly, is important to us because it’s useful for our material well-being. Material well-being is not an end in itself but it is instrumental in providing the irreducible basis for our happiness and therefore it is a means to all other higher human aspirations and goals. Without a sufficiently wealthy foundation, it is hard if not impossible to live in peace and harmony with oneself and with others.
END_OF_DOCUMENT_TOKEN_TO_BE_REPLACED

One of the occasionally useful but not very well known resource on the web is related to the web itself. It’s the Internet Archive Wayback Machine.

As the name indicates, it saves snapshots of the internet content as it appeared at some times in the past. As of now, it has saved 487 billion pages. The wiki has more details, which is definitely worth a read. Where is it physically located? Wiki says:

“The Archive has data centers in three Californian cities, San Francisco, Redwood City, and Richmond. Its collection is mirrored for stability and endurance at both the Bibliotheca Alexandrina in Egypt and at another facility in Amsterdam.”
END_OF_DOCUMENT_TOKEN_TO_BE_REPLACED

I got asked a few questions in the latest “ask me anything“, including some via email. “You have questions, I have answers” is my motto 🙂

I will address the emailed questions later.
END_OF_DOCUMENT_TOKEN_TO_BE_REPLACED

END_OF_DOCUMENT_TOKEN_TO_BE_REPLACED

India has had a number of those. One was in 1947. Then came another when Nehru died (and not a day too soon.) Then another when Indira Gandhi lost the elections following the imposition of “Emergency” and assuming dictatorial powers. Then another when she paid for her misadventures in Punjab by being shot by her bodyguards. Then another when her son Rajiv was killed by a suicide bomber. All of them were inflection points, amazing opportunities for India to change tack. All were not taken at the flood and India continued to be bound in shallows and miseries.
END_OF_DOCUMENT_TOKEN_TO_BE_REPLACED

Time for a comic relief from all the seriousness this place has descended to. The typewriter monkeys have been complaining. A bit of levity would do them good. So here’s a bit of humor and silliness. It’s one of my favorite stand-up comics, the incomparable Eddie Izzard. Since I mentioned typewriter monkeys, this excerpt from one of his shows is appropriate. To fully appreciate it, it is good to know a bit of French. I understand only a bit — un peu — of French. Mostly safe for work but he does use the occasional 4-letter word.