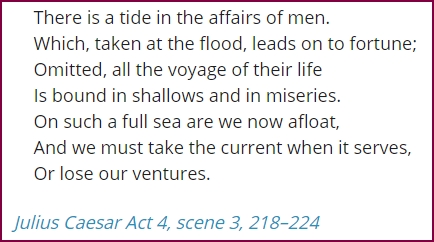 India has had a number of those. One was in 1947. Then came another when Nehru died (and not a day too soon.) Then another when Indira Gandhi lost the elections following the imposition of “Emergency” and assuming dictatorial powers. Then another when she paid for her misadventures in Punjab by being shot by her bodyguards. Then another when her son Rajiv was killed by a suicide bomber. All of them were inflection points, amazing opportunities for India to change tack. All were not taken at the flood and India continued to be bound in shallows and miseries.
END_OF_DOCUMENT_TOKEN_TO_BE_REPLACED