Jon Stewart cracks me up.

The Acorn says that now is the time to drop trade barriers with Pakistan.

Pakistan’s economy is in a tailspin. Since the second last thing that the international community wants in Pakistan is an economic meltdown, Friends of Pakistan are coming together to provide emergency foreign aid.

The “Friends of Pakistan are “Britain, France, Germany, the United States, China, the United Arab Emirates, Canada, Turkey, Australia and Italy plus the United Nations and the European Union.” Among these are nations — US, China, the Arab states, France, Britain — that give aid to Pakistan. The military component of the aid is what Pakistan uses to initiate and fight bloody wars with India. India, a desperately poor country, cannot afford these costly wars but it has to fight them because the Friends of Pakistan want that India bleeds. Pakistan is the instrument.
END_OF_DOCUMENT_TOKEN_TO_BE_REPLACED

Richard Feynman has claimed that “it is safe to say that nobody really understands quantum mechanics.” He was serious about it because of the complexity of the subject and the counter-intuitive consequences of the theory. Sometime I think that the global financial system is also beyond comprehension. But that is not quite true. Unlike quantum mechanics, the financial system is an artifact, albeit a very complex one. Also, it is possible to understand something and yet be unable to fully control it all the time. Once in a while, it can crash. When–not if–it does crash, you figure out what broke, fix it so that it does not break again, and get on with life. It will break again later due to a different bug but it will never be entirely bug free.

As I am an economist, I am supposed to understand the financial system. Luckily, I am not that sort of economist and so I don’t feel the slightest embarrassment admitting that I don’t have much of a clue. But sometimes I think that perhaps not too many people — even those whose business it is — have a clue either. Some suspect that even the chairman of the Fed, Ben Bernanke, too is not fully clued in. Go figure.

Anyway, I wrote a piece on the meltdown of the US financial system for MailToday. Why? Because everyone and his brother is writing one. So why not I? It will be in the papers tomorrow. But you, dear reader, get to read it today!
END_OF_DOCUMENT_TOKEN_TO_BE_REPLACED

Steve, a friend in San Diego, forwarded me this email. It’s doing the rounds and sooner or later you are bound to read it. So you may as well read it here.
END_OF_DOCUMENT_TOKEN_TO_BE_REPLACED

I suppose you all know that I love them internets. It is the most potent instrument for the minor enlightenment of humanity. By “minor” I mean that which enables knowledge and therefore prepares the way for the major enlightenment. Once upon a time, not too long ago, you could only know what was allowed by those who were in charge of the information channels such as print, radio, and TV. The rich and powerful controlled what information the unwashed masses could be trusted with. Dictators found this very useful.

The op-ed “India can’t afford to fall victim to psywar” in the New Indian Express of Sept 19th did not make much sense to me. I find the entire piece confusing. Perhaps I am simple-minded and cannot navigate through contradictions, or perhaps because it is an “op-ed by committee,” signed by 20 prominent people.

SOME stray voices in the media have been questioning, with surprising nonchalance and lack of depth, the wisdom and expediency of retaining Kashmir as a part of India. This matters not because such voices reflect any growing view in our country but because they play into the hands of enemies of the nation. Their suggestions embolden subversive forces both within and outside the country, and encourage our adversaries to entertain the hope that with a little more effort, Kashmir will secede from India.

END_OF_DOCUMENT_TOKEN_TO_BE_REPLACED

The Dance of Creative Destruction

At the shining bright core of our galaxy of ideas lie a bunch of super-massive ideas that are tightly bound to each other. The core’s gravitational attraction holds the galaxy together, draws in stuff and transmutes them into higher elements. 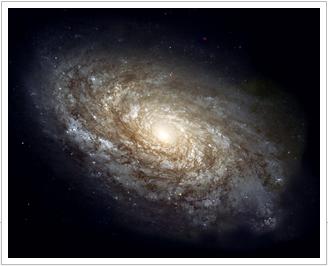 Exploring the metaphor a bit further is interesting. At the center of galaxies dwell huge black holes which destroy both matter and time. And like the great god Shiva — the Mahadeva as Nataraja, the king of dancers, dancing the Tandava, the cosmic dance of creative destruction — the galaxy core produces novelty and thus advances the evolution of the entire galaxy. Black holes, just like Shiva, destroy time. Curiously, the Sanskrit word for time is the same for black: “kala”. The universe evolves because ceaseless change is imposed upon it through the dance of creative destruction.

Evolution. It is hard to escape the gravitational pull of the idea of evolution. The idea goes back into antiquity. But it was only recently (in terms of historical time) in the mid-1800s that Charles Darwin (1809 – 1882) pondered the biological variant of evolution and figured out the mechanism. It was natural selection. That is one of the superstar ideas that populate the core of our ideas galaxy. Everything that is known about biological evolution can be explained through natural selection.
END_OF_DOCUMENT_TOKEN_TO_BE_REPLACED