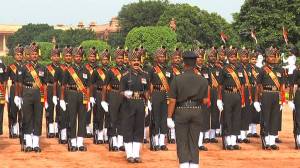 “It was [in India] the British learned the art of imperial power. … India was decisive. It gave Britain the resources, the market, the manpower, and the prestige to build a world-wide empire. And in the years to come they worked feverishly to secure that prize.”  END_OF_DOCUMENT_TOKEN_TO_BE_REPLACED 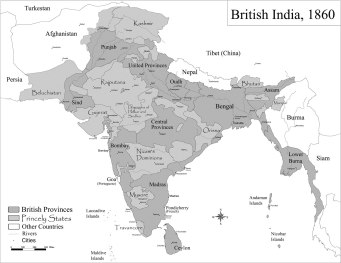 Asking “Did Britain impoverish India?” is like asking “Is water wet?” Of course, Britain impoverished India during their rule as the colonial masters of India. To extract wealth from a colony and exploit its people is the primary motivation for colonization.

Expecting the colonial masters to be a benign, self-sacrificing force is delusional. Colonization is not a win-win exchange relationship. It’s a milder, gentler form of slavery; not quite as cancerously malignant but severely chronically debilitating.

British rule had two phases: first the Company Rule which began around 1757 when the British East India Company gained control over parts of the Indian subcontinent; the second when the Crown Rule began in 1858, and nominally ended in 1947. I say “nominally” because while the British Raj more or less came to a formal close in August 1947, India continued (and continues) to be governed by laws that were made by the British during the Crown Rule.

So you could say that the Britain raj lasted nearly two centuries, and that’s enough time to loot a country. But here’s the point of this piece — contemporary India’s poverty has little to do with the crimes the British committed. They committed crimes not just in India but around the world that it dominated. Pressed for time as we are, we can’t read the piles of history books written about that but we can get a sense of how terrible those crimes were by reading the twitter account titled “Crimes of Britain.”  END_OF_DOCUMENT_TOKEN_TO_BE_REPLACED 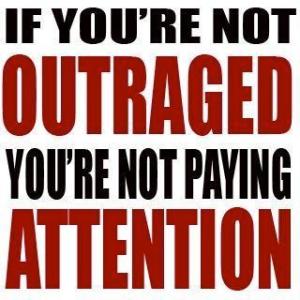 Slowly raising the temperature allows a frog submerged in water to get accustomed to its ever-worsening condition until it gets cooked to death. So goes folk wisdom regarding how to cook a frog. Though a pointless exercise, it does serve as a good metaphor for how countries gradually advance on the road to tyranny — in very small, nearly imperceptible steps.

But it is possible to notice small objects and minute changes if one gets sensitized to them. It is hard to notice a commercial jetliner at cruising altitude from the ground without its telltale vapor trail. However, after someone points it out to you, it’s easy enough to track the nearly invisible object in the sky if you focus on it.

END_OF_DOCUMENT_TOKEN_TO_BE_REPLACED

It is an evident and obvious fact that India has failed to prosper. The cause of that failure is also obvious: the poor quality of its political and bureaucratic overlords. I use the word overlord advisedly because politicians and bureaucrats are not agents of the people — as they should be in a properly constructed government of a free people — but rather are rulers who position themselves above the people as commanders and dictators.

It is also easy to explain why the government is the overlord rather than the servant of the people. The reason is historical. The form, function, structure, objectives and power of the government were determined by the British during their colonial rule of India, starting in the mid-19th century. When it was no longer profitable for the British to continue to hold India as its colony, they transferred control of the British-created government to its favored minions, namely, Gandhi and his protégé Nehru. It is absolutely imperative to recognize that this transfer of power from the British to the Indians was a deliberate and voluntary act on both sides of the bargain.
END_OF_DOCUMENT_TOKEN_TO_BE_REPLACED

If you were an employer, and your employee was inefficient, incompetent, irresponsible and arrogant, you would fire him. There are other people who can do the job. If you were an employee, and the work was demeaning, the boss irascible, the pay miserly, you would quit. There are other jobs in other companies. If you were a customer, and the product was faulty, expensive, unreliable and badly designed, you would take your business elsewhere. There are other suppliers of goods and services. If you were in a partnership, and your partner was insulting, domineering, lazy and greedy, you would dissolve the partnership. We can associate with others. We all have the freedom to do the best we can and deserve our just deserts. But all bets are off when it comes to the government.
END_OF_DOCUMENT_TOKEN_TO_BE_REPLACED 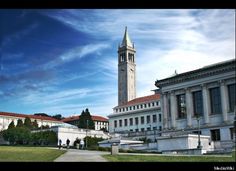 My alma mater, the University of California at Berkeley, is an extraordinary place. It consistently ranks among the top few universities in the world. The Academic Ranking of World Universities ranked it fourth overall—behind Harvard, Stanford and MIT. It ranks world’s second best in science, and third best in engineering, and in social sciences.
END_OF_DOCUMENT_TOKEN_TO_BE_REPLACED

The question why some nations are rich while others are poor is not new. It has been the focus of economists for centuries. The great Scottish economist and moral philosopher Adam Smith dealt with that in his famous book, An Inquiry into the Nature and Causes of the Wealth of Nations, published in 1776 (that miraculous year[1].) That question can be particularized for India as “Why is India poor when it could have been rich?” It can be restated as “Why has India failed?” if by failing one means not being able to emerge out of poverty. Unfortunately, that question is avoided studiously by not just the general educated population but also by most economists who study India. Why is that?
END_OF_DOCUMENT_TOKEN_TO_BE_REPLACED