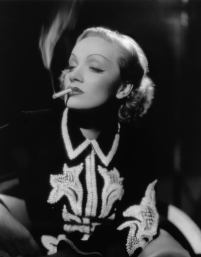 About quotations, the German-born American actress Marlene Dietrich said, “I love them, because it is a joy to find thoughts one might have, beautifully expressed with much authority by someone recognizedly wiser than oneself.”

I agree with her. I love quotations and collect them assiduously. They are valuable because they encapsulate ideas and thoughts that I have had but expressed better than I ever can.

Since being an economist is my vocation as well as my avocation, I like to keep bits of writings of real economists. Here are a few that I hope you would like. If you find any of them puzzling, or if they lead you to questions, I’d be happy to expand on them. Feel free to ask me anything.

“The recognition of the insuperable limits to his knowledge ought indeed to teach the student of society a lesson of humility which should guard him against becoming an accomplice in men’s fatal striving to control society – a striving which makes him not only a tyrant over his fellows, but which may well make him the destroyer of a civilization which no brain has designed but which has grown from the free efforts of millions of individuals.”

It encapsulates the idea that it is fatal mistake to attempt to control others. Why? Because no one has the knowledge required. He went on to say —

“The more men know, the smaller the share of knowledge becomes that any one mind can absorb. The more civilized we become, the more relatively ignorant must each individual be of the facts on which the working of civilization depends.”

Fact is that what is knowable is infinite; what we as a collective know is finite. If one understands the relationship between the finite and the infinite, one knows that however large the finite is, it is nothing compared to the infinite.

You may indeed know, say, a million units of physics as a great professor of physics, when the average layperson knows only 10 units, but in comparison to what is potentially knowable about physics, the two of you are not all that far apart.

Basic message to social planners (politicians, especially): practice epistemic humility and stop thinking that you can improve society because you simply can’t.

The next quote is one of the most quoted bit from a wildly celebrated economist. As it happens, he was a friend of Friedrich Hayek, and also an intellectual opponent — John Maynard Keynes.[1]

“The ideas of economists . . . both when they are right and when they are wrong, are more powerful than is commonly understood.  . . . Practical men, who believe themselves to be quite exempt from any intellectual influences, are usually the slaves of some defunct economist. Madmen in authority, who hear voices in the air, are distilling their frenzy from some academic scribbler of a few years back.”

That’s the concluding bit from his magnum opus. Ideas have consequences. Sometimes it takes a little time but sooner or later, powerful ideas move the world for weal or woe. Bad ideas — the two most damaging being Marxism and  Islam — did and continue to do immense harm long after their originators have departed.

What’s common between Marxism and Islam? First, both require unquestioned, slavish obedience to their “all-knowing” prophet. Disaster ensues. Second, they claimed that they were dedicated to promoting what’s good. They were wrong. Disastrously and damnably wrong.

Adam Smith said that we should be advisedly suspicious of those who claim to do what they do for the common good. But people who are merely going about their own business to try and improve their own lot, are more likely to do good. Individuals should focus on what they can produce so as to promote their own welfare. Do what you can to promote your own welfare — and it all works out for the best, or at least better than the alternatives:

“By directing that industry in such a manner as its produce may be of the greatest value, he intends only his own gain, and he is in this, as in many other cases, led by an invisible hand to promote an end which was no part of his intention. Nor is it always the worse for society that it was no part of it. By promoting his own interest he frequently promotes that of the society more efficiently than when he really intends to promote it. I have never known much good done by those who affected to trade for the public good.”

Mohandas “Mahatma” Gandhi epitomized the worst of the dictatorial impulses that humans have. Dictators like Gandhi affect to trade for the public good — but end up creating misery and suffering for undeserving, innocent billions. India is the shining example of the inevitable failure of what Gandhi taught.

But who can blame Gandhi for the evil he unleashed upon the world? After all, he was a consummate politician. Politicians do what they are motivated to do. He set the standards, and his devotees — all Indian politicians — are trying hard to live up to Gandhi’s standards of hypocrisy and madness.

Why are politicians so evil? Joseph Schumpeter held that politics corrupted.

“The typical citizen drops down to a lower level of mental performance as soon as he enters the political field. He argues and analyzes in a way which he would readily recognize as infantile within the sphere of his real interests. He becomes a primitive again.”

The primitive have a greater hold on human consciousness than the advanced. It’s all karma, neh?

[1] Pronunciation guide. Keynes is pronounced “canes” and not “keens”.