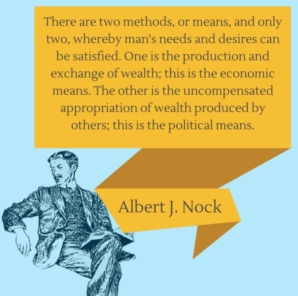 If you’ve been reading this blog for a while, you are prepared to understand why Elon Musk is a remarkably intelligent man.

I’m not saying that you would have become capable of judging his business sense or his rocket designing abilities by reading my blog; what I mean is that you have a pretty good understanding of how governments fail and what should be done to reduce the harm that governments do. Here’s a rough edited transcript of what Elon said in an interview, part of which was published on YouTube on Sept 3rd, a few days ago:

The framers of the constitution saw fit to ensure that the president was the captain of a large ship with a small rudder. So there’s a limit to how much good or bad a president can actually do. They can’t just magically make the economy good.

When the United States was formed, representative government was the only thing that was logistically feasible because there was no way for people to communicate instantly. You had to have some form of representative democracy or things just wouldn’t work at all.

You can read the constitution and all of the amendments in maybe an hour, and we govern so much of our civilization by that and yet modern law is an obtuse, super boring tome that’s indecipherable.

It should be easier to remove a law than to create one. Maybe 60 percent or more votes should be required to make a new law but any number above 40 percent to remove a law. Otherwise laws just accumulate over time. You get hardening of the arteries of civilization with lots of rules.

Rules should be just easier to get rid of than to put one in. Maybe they should even have some kind of sunset clause so that they just automatically expire unless there’s enough of an impetus to keep them around.

Here’s the video, for the record.

One thought on “Elon Musk on Laws”