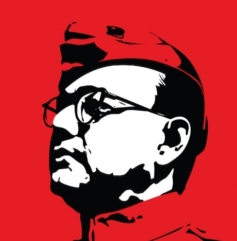 Sri Subhas Chandra Bose, popularly known as “Netaji”, was born 124 years ago in Cuttack, Orrisa on Jan 23rd in 1897[1]. Netaji is considered by a significant portion of Indians to have been instrumental — more than M. K. Gandhi MHRH — in getting the British to give up India. Be that as it may, it is undeniable that he was one of the greatest leaders of India in the last century.

His biography is quite well researched and generally known. There’s also an unfinished autobiography which covers the period from his birth to 1921 which Bose titled “An Indian Pilgrim.”[2]

But his disappearance and death is shrouded in mystery, conspiracy and intrigue. There’s a veritable cottage industry that thrives on the idea that he did not really die in a plane crash in Taiwan in 1945 but that he lived in India for decades as a recluse ascetic. END_OF_DOCUMENT_TOKEN_TO_BE_REPLACED