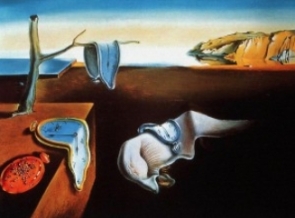 It’s a truism that the basic economic problem is how to deal with scarcity. Our means are limited and our wants exceed our limited means to satisfy those wants. But will there ever be time when we are free of scarcity? If we have everything we need, will the economic problem disappear?

The fact is that we will never have everything, even if we have all the material things we want. Even if there were no material scarcity, there still would be an economic problem. Scarcity exists because time exists and only a finite amount of time is available to finite creatures (which includes us humans.) END_OF_DOCUMENT_TOKEN_TO_BE_REPLACED 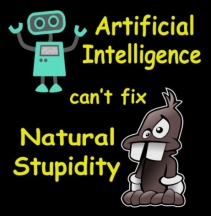 The American computer and cognitive scientist John McCarthy (1927-2011), the man who coined the term “artificial intelligence,” had this in his email signature line: “He who refuses to do arithmetic is doomed to talk nonsense.”

But that’s not the worst of it. What if the person is in a position of some authority? Imagine if, say, he’s a powerful bureaucrat with control over vast amounts of public funds — how much damage would he inflict on the public? He could impoverish the state.

Well, you don’t have to imagine that. Here’s a real life example of precisely such an incorrigibly and naturally stupid person. END_OF_DOCUMENT_TOKEN_TO_BE_REPLACED