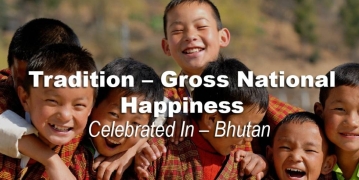 Here I note, for the record, the four pillars of Gross National Happiness: 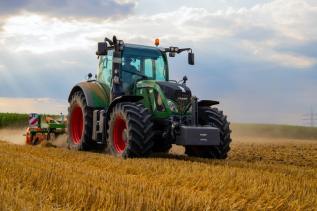 Given that the scale on the horizontal axis is 2000 years, it appears that total world GDP took off vertically life a rocket. And seen from the perspective of thousands of years, it was indeed a sheer climb. A related graph about world population is instructive. END_OF_DOCUMENT_TOKEN_TO_BE_REPLACED 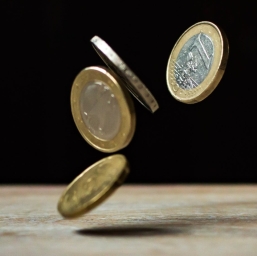 At the end of part 2 of this essay, I had briefly touched upon the notion of credit-constraint and observed that the necessary condition for being poor was the inability to borrow. To reiterate, if you have wealth then of course you are not poor. Even if you have no wealth, you are not poor as long as you can borrow.

It’s time to explore that bit. We are all born poor. We are born without a dime in our pockets — indeed we are born naked. But those of us who are fortunate enough to be born to non-poor parents are not poor at birth. Our lifecycle is such that our parents “loan” us what we need to survive and grow. You could say that they release our credit-constraint.

Among scores of things I find on the web I particularly enjoy podcasts. Thanks to the smartphone, I can listen to them whenever I am on “auto-pilot” mode — house cleaning, driving, walking, etc.

Here’s one podcast that I have been thrusting on people around me. It’s Dan Carlin’s Hardcore History. To give you a sense of what Dan’s podcasts are like, listen to episode #59 — The Destroyer of Worlds.

Just reading the title of the episode I guessed what it was about and where the title came from. The first nuclear fission bomb was developed by a team based in Los Alamos, New Mexico which was headed by the physicist J. Robert Oppenheimer.

Oppenheimer later recalled that on watching the awe-inspring spectacle of the detonation of the bomb, he was reminded of that instance in the Bhagavat Gita when Vishnu (in his incarnation as Krishna) reveals his true form to Arjuna on the battlefield of Kurukshetra, and declare, “Now I am become Death, the destroyer of worlds.” END_OF_DOCUMENT_TOKEN_TO_BE_REPLACED

I am frankly disgusted and outraged in equal measures. 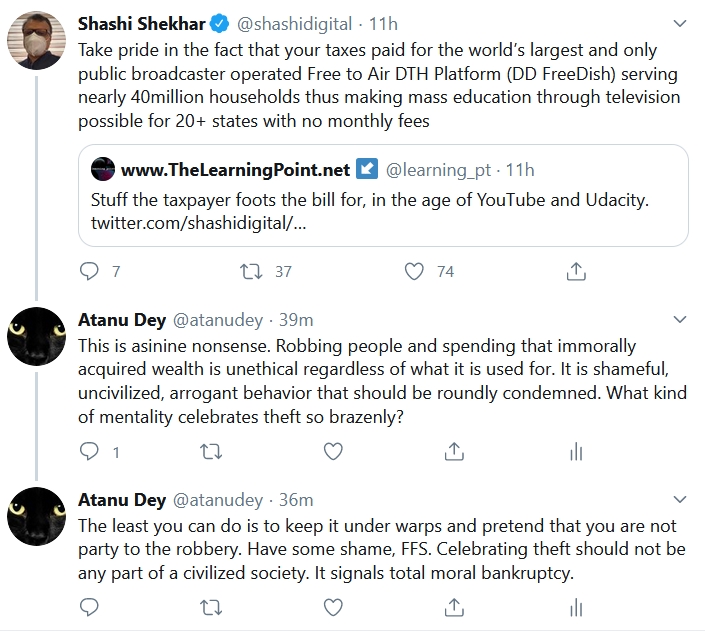 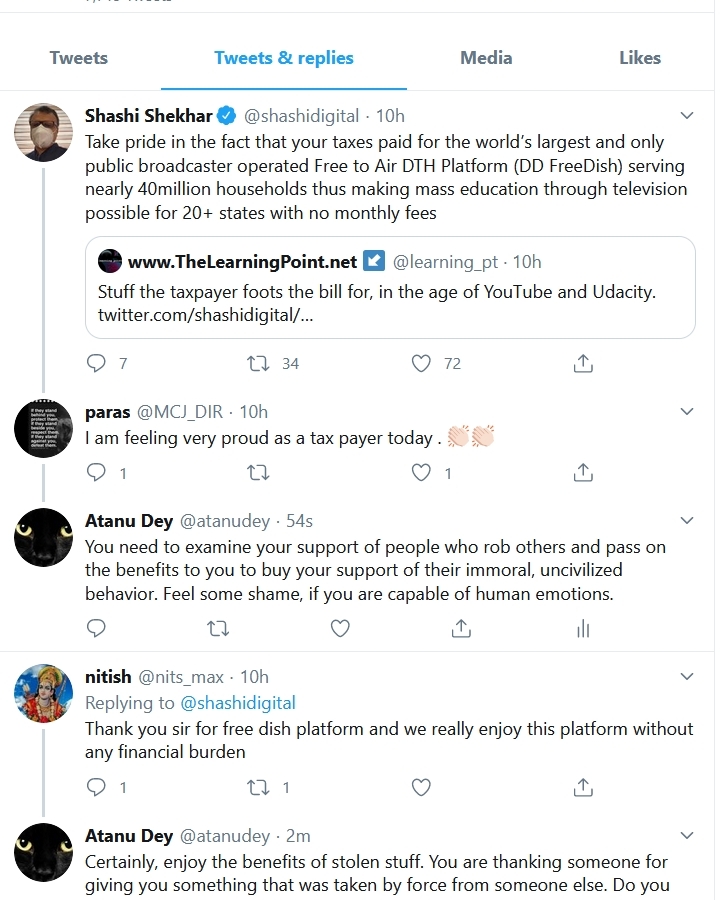 This is what government bureaucrats are like. They want people to celebrate their immorality and give them thanks.

This is asinine nonsense. Robbing people and spending that immorally acquired wealth is unethical regardless of what it is used for. It is shameful, uncivilized, arrogant behavior that should be roundly condemned. What kind of mentality celebrates theft so brazenly?

Shashi Shekhar apparently lacks any sense of justice, morality, ethics and basic human decency. It’s pathetic and shameless. I am sorry that I used to think he was a decent person. Perhaps he had to change to serve his masters. Perhaps he had to sell his integrity, his dignity and his honor. Still it’s a crying shame.

We humans are generally nice to each other. This should not be surprising since being nice is an evolutionarily stable strategy. Those societies in which the practice of the “be nice to others” strategy was not generally and systematically followed did not survive, and those societies in which people were nice to each other survived and prospered. Being nice aids survival because we are social animals and therefore must cooperate to survive. Mutual cooperation is part of our evolutionary endowment.

Anatomically modern human beings have been around for between 200 and 300 thousand years. Our brains and our cognitive abilities were shaped by Darwinian evolutionary processes. We are superbly adapted to navigating the environment that our ancestors lived in, and survived long enough to produce the next generation. END_OF_DOCUMENT_TOKEN_TO_BE_REPLACED

It should be evident that collective ideologies fail miserably in their stated objective of creating a more equitable and prosperous society compared to the alternative system of private property and market-based exchanges (generally labeled capitalism.) The empirical evidence that socialism fails is overwhelming to the objective observer and the analytical support for why it fails is not hard to understand. Yet, socialism’s appeal continues among a broad coalition of groups in many societies, even those that are fairly liberal.

We’ll go into the analytical reasons why socialism fails in the next part. Here I am going to focus on the simple matter of deciding whether socialism indeed fails to deliver. To that end, we just need to ask in which direction people prefer to move — from socialist countries to capitalist countries or the other way around? From the US, Canada, the UK, Australia, New Zealand, South Korea, Japan, Germany, etc., to Venezuela, Russia, China, Cuba, North Korea, etc., or the other direction?

People overwhelmingly move from socialist countries to capitalist countries. Which reminds me of a joke. These two guys were arguing whether Russia or the US was nicer. The Russian said to the American, “You Americans only care about money. We in the USSR care about people.” The American replied, “I agree. That’s why we Americans lock up our money, and you lock up your people.” END_OF_DOCUMENT_TOKEN_TO_BE_REPLACED

What’s so wonderful in perpetuating the cycle of misery and death by procreating?

Pure selfishness created the life that’s guaranteed to suffer, die and be totally forgotten, signifying nothing. Please spare me the honoring of mothers and fathers.

Today I called my friend  Courtenay to wish her a happy “Mother’s Day” since Cassie (14) and Remi (10) are adorable kids. And then I went on a rant about how terribly selfish it was that she decided that it is a good idea to bring two sentient beings into existence who are bound to suffer physical, psychological and existential pain — and eventually die.

She humored me and didn’t contradict my position. Perhaps she didn’t really understand that I was actually indicting her of a moral failing. Or perhaps she’s smarter than I give her credit for. Perhaps she got my point and was willing to admit her fault in adding to the sum of suffering in the universe.

Biology is what it is. But now, people can choose  to overcome their naive instincts and do what, though legally allowed, is morally wrong. People should stop breeding because it leads to suffering.

Humans are infinitely varied in their inborn talents and native intelligence. Then given the right training in a nurturing environment, it’s astonishing the heights the lucky few attain. Consider music. In the Western musical canon, Wolfgang Amadeus Mozart epitomizes musical genius. Born in Salzburg in 1756, “Mozart showed prodigious ability from his earliest childhood. Already competent on keyboard and violin, he composed from the age of five and performed before European royalty.” [wiki.]

We don’t have a video of his performance when he was five; we can only imagine. Or we can watch the 8-year old Elisey Mysin perform Morzart’s Concerto No 3 in D major. The youtube video description notes:

The youngest pianist in Russia does not get his feet to the piano pedals, but masterfully performs the most complex musical works. When Elisha Mysin sits down at the piano and music begins to flow from under his fingers, it is hard to believe that he is five years old. He still does not reach his feet to the piano pedals, and the height of the chair for him has to be increased with a pillow. However, talent and hard work have already helped Stavropol Prodigy to win the appreciation of professionals and the love of the public from different parts of the country.

Watch, listen and prepare to be moved. And marvel at the fact that he was probably getting his training in music at the same time as he was getting toilet trained 😊. END_OF_DOCUMENT_TOKEN_TO_BE_REPLACED