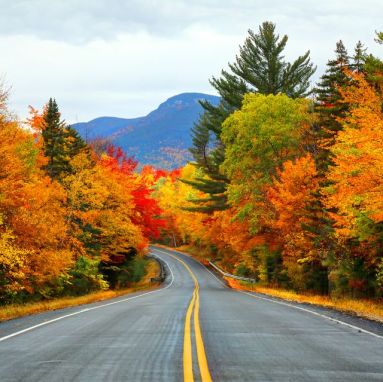 We all have an intuitive understanding of our world. We make sense of the world by looking at it through “common sense” lenses. These are almost instinctive, or hard-wired as they say in computerese. And the surprising truth is that nearly all of these intuitions are wrong. They are incompatible with the world we live in today.

Anatomically modern humans have existed for at least 200,000 years (or maybe even 300,000 years). For nearly all of that extended time, humans lived in small bands of around 150 individuals and survived as hunter-gatherers.

It was a world with hard limits. There was only so much food that could be gathered or hunted. If someone gathered too much, the others could only gather too little. It was a zero-sum world. It was a limited world. Any imbalance between population numbers and food availability was corrected through starvation.

It was a world where the only people you met were members of your family and your small tribe. There were no strangers with whom you were ordinarily required to interact. There were no markets for trade and barter. Specialization and division of labor was non-existent apart from the specialization that was biologically necessitated.

Then about 10,000 years ago, humans began settled agriculture. That was a major change from the hunter-gatherer mode. Now they could store some of their production, and also trade. Specialization and division of labor became feasible. Still the rate of change continued to be very minuscule — hundreds of years would pass before any discernible change happened.

The most dramatic event in the 200,000 year long history of homo sapiens was the industrial revolution that occurred around 250 years ago. That’s a very short time. If you take 20 years as the average length of a generation, then there have been about 10,000 generations so far — all of whom lived as hunter-gatherers except for the last 500 generations. And of those 500  generations, only about 12 lived in the industrial age.

We — every one of us, including today’s billionaires — are descendants of extremely poor people. If all your 20,000 anatomically modern human, desperately poor, direct ancestors were gathered in large field, your 24 non-poor ancestors would be lost in the crowd. At most only one out of 1000 of your direct ancestors has not been poor. The general condition of humanity is dire poverty.

What’s different about the world today? First, because of technology and trade, the game is no longer zero-sum. Second, there are no limits to growth. Growth is a function of the available energy. As energy sources have increased, the production of wealth has increased. Greater wealth meant better standard of living for ever greater number of people.

All those instinctive beliefs were reasonable 250 years ago and before; they don’t make sense any more. They have to be replaced with ideas that are consistent with the modern world:

The world is really different from what we evolved to think it is. That’s why nearly all our (untutored) intuitive beliefs of the world are precisely wrong.

4 thoughts on “Why we misapprehend the world”