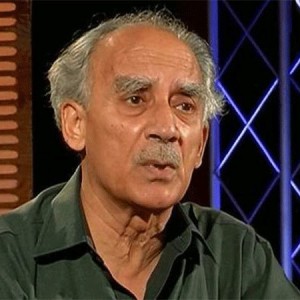 A number of Rotary Clubs of Mumbai had invited Shri Shourie to address them on the evening of Wednesday 12th Sept, 2018 at the Yacht Club in Colaba. The following is a report of what he said. I lay out the main points. I believe I have faithfully recorded the ideas.

For the record, I admire Shri Shourie immensely. I respect him for his integrity, knowledge, wisdom, scholarship, work ethic, and his tireless dedication to the nation. A brilliant raconteur, his wit never fails to entertain even as he informs. Also for the record, the following should not be taken as endorsed by him. It’s my recounting and could differ (but not substantially) from what he actually meant. With that disclaimer, here goes.

The fundamental problem we face in India is that the political class has control over all the institutions that are critically important for the country. That includes the parliament, the courts, the police, the civil services, the universities, the RBI, etc. We imagine that these have some degree of autonomy but actually the political class controls them all.

An example of that political control is Jayalalitha’s case. When she was out of power, cases were instituted against her. She came back to power, and 64 of the 72 who had given depositions against her retracted their statements. Nobody would believe it if you told them that none of these people were charged with perjury. That demonstrates the power the political class hold over the judiciary and the enforcement institutions.

Institutions are not abstractions. The courts, the civil service, the police — they all are constituted by real people. The conduct and character of these people determine the quality of those institutions and therefore our public policies and outcome.

Why and how does it matter that the political class has this control? Because the political class is not the cream at the top of the milk but instead is the slime at the bottom of the container. The worst among us control the most important bits. That has consequences.

Prof P V Indiresan, director of IIT Chennai, had what he called “Indiresan’s Law” — second rate persons hire third rate persons. The decline of our institutions started during Mrs Gandhi’s time in the ‘70s, with Yashwant Kapoor and R K Dhavan. The repeated application of Indiresan’s law — of bad people putting even worse people in charge — has brought us here.

There was hope for India in the 1990s. It was hoped that reforms will be made to the system. The hope was that two classes would bring about change: the entrepreneurial class and the middle class. The entrepreneurial class was bursting with energy. And the middle class has been the main driver of all revolutions throughout history with their new talents and their new ways of looking at things.

But the entrepreneurs did not do that. They were dependent on the licence, permit, quota system of the government. They became the supplicants of the political class of the day. The continuance of the licence quota raj was unexpected. A mining contract or a telecom licence, for example, could only be had if you had access to a minister or a civil servant.

The middle class also failed in its duty. People like us constitute the middle class. We were supposed to be the champions of freedom and liberalisation. But instead, it is us who are the lawyers that defend the biggest criminals in government. We do the dirty work for the political class.

Today the journalists don’t dare publish the truth. Nearly all the media — except for NDTV and The Indian Express — have become godi media. They are Modi kay Godi mein.

Each profession has developed self-justificatory explanations for the dereliction of duty. “I am just a civil servant. I just do what I am told.” They have become the paper napkin to be spit into and thrown away. Journalists say they are unbiased in their reporting, equating the fire with the fire hydrant. Lawyers defend every one.

As a practising lawyer in South Africa, Gandhi had a rule that he would never defend a client that he believed was lying to him. He told his clients that even in the middle of a trial if he thought that he’d been lied to, he would tell the magistrate and drop the case.

We the middle class have made mistakes.

Take the 20 big business houses of the 70s and compare them to the 20 big business houses of today. You will find only one or two in common. Except for those, others have benefitted from access to the state. We have derailed the reforms instead of being engines of reform.
All of us are personally comfortable with the state of affairs. We facilitate the status quo and develop self-justificatory reasons for it.

Once we lose our sense of outrage, we can’t be agents of reform. We have to become outraged that the whole agenda is being set by the most diseased class in our society — the political class.

Regulatory agencies are headed by retired judges. These judges know that they have to be favorable to the government because their post-retirement fortunes are dependent on that. Why not appoint regulatory heads based on professional competence?

We have to do these things. First, we must continue to push for fundamental reforms. Not telecom reform, or this or that reform but reforms to reduce the role of the state in our lives. That process has been reversed because of populism. Take the case of Mr Modi. He claimed that he would free the country but he actually increased the role of the state in our lives. We understand that the state has to perform some tasks that cannot be performed by non-state actors. These are internal security, justice, foreign policy, external security, etc. For those you need the state. But for all other tasks, we don’t need the state to intrude.

Second, insulate our institutions from the political class.

Some years ago in a meeting with Prime Minister Lee Kuan Yew in Singapore, Mr Shourie was asked by the PM, “But aren’t you ashamed to be an Indian?” Why, asked Mr Shourie.

The PM replied, “You have Lalu Yadav as a minister, young man. You should see how the Chinese do it. Hu Jintao became the president of China in 2003. He was observed every single day for over 40 years, and when he got that post, it was certain that he was a man of substance. But you select leaders by lottery, by caste, language, religion and connections with criminal networks. That’s not the way to select rulers for a country. That is your problem and it will remain so for the next 50 years.”

Till 1972 there was a serious debate in India about needed constitutional reforms. Unfortunately the question of what those changes should be was a question that the members of the parliament could not answer. The process of selection of MPs does not repose power in people who have integrity and who can understand complex issues from a national perspective. The only requirements for being elected an MP was age and to not be insane.

Consider this. The only way to remove a judge is through impeachment by the parliament. But that is always a political vote.

Therefore this is what we have to do. First, reduce the role of the state. Second, insulate our institutions from the political class. Third, we should devote some time to think about how to improve institutions and governance.

Each of us has some skills that have led to our success. We have to use those skills to improve the conduct of our government. Our own conduct leads to the conduct of the political class.

Gandhiji used to remind us that jatha raja tatha praja is true, and also that jatha praja tatha raja. Our defects are magnified in our leaders. No bribe has been received before it was given.

At a conference of industrialists, there was a Singaporean investor who said, “When we lose our investment in Japan, or the US or in Europe, we say I’ve made a bad investment decision. But when we lose money in India, we say I’ve been cheated again.”

We should not only think of great reforms. We in the middle class should change our own conduct. Gandhiji said that we should be the change we want to see in the world. Take up one institution that you can change and influence that.

[This was the end of the talk. It was followed by a question answer session. If there is some interest, I will paraphrase that later. In a follow up piece, I will write a brief commentary on Shri Shourie’s talk.]

2 thoughts on “Shourie’s Address at Mumbai on 12th September”