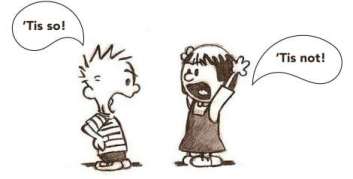 I love a good debate, and naturally so because I am the argumentative kind. Most of all, I like debates centered around religion.. The line dividing the opposing sides is sharp, and the positions irreconcilable. I delight in the skewering that monotheism takes in them.

A superb example of that is the intelligence2 debate in which the proposition before the house was “The Catholic church is a force for good in the world.” Opposing the motion were Steven Fry and Christopher Hitchens. For sure they are masters of their mother tongue, and more pertinently they are implacably opposed to the Catholic church.

First here’s only that part of the debate when Fry spoke. It’s an absolute delight. Boy is he talented.

But you must watch the whole debate. It’s a bloodbath. Hitchens and Fry take no prisoners. They devastate the African bishop and the English apologist for the Catholic Church. (She’s Anne Widdecombe, a former politician.) I find blacks adopting the Christian faith very curious. Christianity, like Islam, has been used to justify the enslavement of blacks. I guess the inability to reason is related to one’s faith in monotheistic religions — both are expressions of feeble-mindedness.

Most people — including Catholics — are totally ignorant of how terrible an institution the “Holy” Roman Catholic church is. The result of the debate illustrates that fact. Here they are.

Note how the Before and After votes  changed. Hitchens and Fry basically taught the people a bit of history. That led hundreds of those in the “For” and “Undecided” groups to switch to the “Against” group.  I think Hindus must learn what the Catholic church is all about.