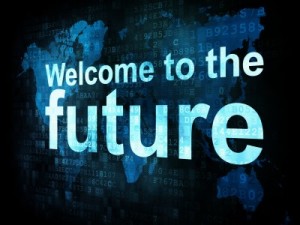 Reason leads me to believe that all our material problems (disease, poverty, etc) admit technological solutions. I define technology simply as “know how”. We have developed technology over the ages. That is, we know how to get things done, from growing crops to manufacturing commercial jet planes.

I am also certain that all technological problems will be solved in about 20 to 30 years. How? Because humans will have figured out how to manipulate matter at the molecular level, and then at the atomic level. Machines that manipulate matter at the atomic level would be the ultimate constructors. They will make everything — from food to airplanes — given the raw materials. We are unlikely to ever run out of atoms. Energy is also virtually unlimited in the cosmos. We just lack the know how but not for long.

Now about biodiversity. True, biodiversity is decreasing in this “anthropocene” age. That’s been true all along, though. Around 99.99 percent of all species that have ever lived have gone extinct. Why the present condition of diversity has to be maintained for eternity is not clear at all. In any case, it was mainly lack of intelligence that has caused the decline in biodiversity. Ignorance of how to get things done without inadvertently destroying biodiversity has been the problem. But humanity is getting smarter, and richer. Being richer means that one can afford to pay attention to matters other than just basic survival.

The only danger I see comes from the military industrial complex. That implies the biggest enemy of humanity is big government.

21 thoughts on “Ask me anything — Hope for Humanity edition”