US is the top oil-producing country in the world 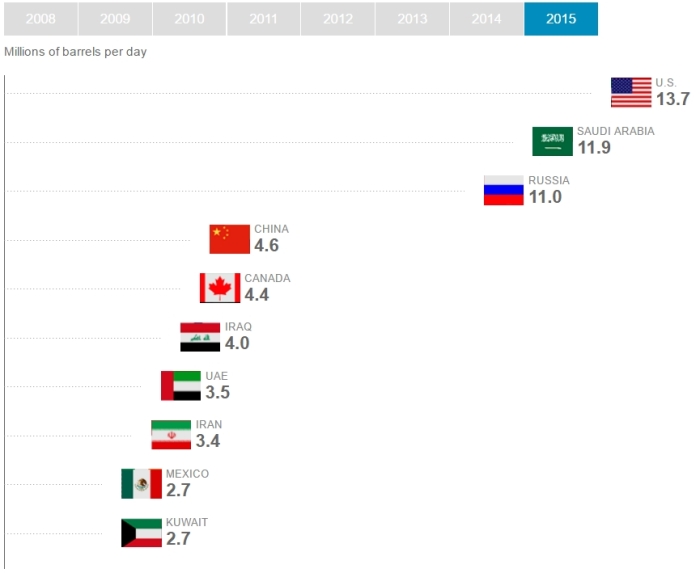 You notice two things: the production trend is positive. That partly explains the downward trend in prices over the last year or so. In the not too distant past, I had paid as much as $4.50 per gallon of gas in the SF Bay area. Recently I paid as little as $1.90 per gal at the same pump. It was delightful to pump gas. When I was visiting New Jersey in January, I paid just $1.50 per gal. (For those who are unfamiliar with the archaic system of measurement in the US, a US gallon is 3.78 liters.)

In the US, gas prices move with world prices of crude. No such luck in India. Indians are forced to pay whatever the licence permit quota control raj decrees. Which basically translates into allocative inefficiency, and that means increased poverty. Indians have some seriously shitty karma that they have such worthless governments that don’t understand basic economics.