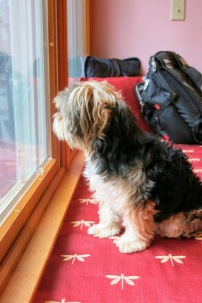 Life expectancy at birth used to be a dismal 30 years or so not too long ago. Just about 10 generations before ours, child mortality was terrible. Tim Worstall notes in HumanProgress.org —

The usual estimation is that half of all children died before adulthood in archaic societies, one quarter before their first birthday and another quarter before the age of 15, which is the end of puberty and our reasonable definition of becoming an adult. That seems to hold over all societies examined, including the Roman Empire, 18th century Britain, and all other groups of humans over time. (It is also, roughly speaking, true of the other Great Apes.)

This sorry state of affairs was brought to an end in three stages. The first stage was the discovery of infectious disease. John Snow, for example, showed that cholera cycled through the sewage and water systems. His discovery led to the single greatest aid to human health ever: the development of proper water systems, which provide fresh water and carry away sewage. Essentially, drains were the first step in reducing child mortality. END_OF_DOCUMENT_TOKEN_TO_BE_REPLACED

The course How the World Works – An Introduction (click to open course blog) begins Jan 15th. All course materials will be posted there.

If you have emailed me atanu@atanudey.com and have not heard back from me, please email me again with your name, your time zone, and if you have finished college. Thanks.

Click to read the course announcement on this blog.