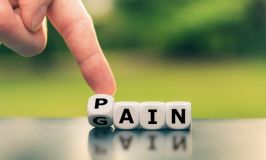 The adage “no pain,  no gain” is broadly true with two main exceptions. One is that some people put in the pain but because of misguided effort (which is only evident ex post, not ex ante) or being simply unlucky, end up with no gain. The other being that some people put in little effort but with sheer good luck or cunning criminality end up with big gains. Unsuccessful entrepreneurs who are uncountably many belong in the first category, and politicians and gangsters (but I repeat myself) belong to the second.

A different formulation of the adage is perhaps more in accord with reality: no expectations of gain, no investment in pain. If people cannot be confident that they’d be secure in their property rights — that they would not be dispossessed of what they have worked hard for — they’d have little incentive to put in the effort to create wealth.

Here I explore one of the features of the modern world we inhabit. That feature is what economists call “fixed costs” and which leads to “economies of scale.” Those phrases are not part of the general lexicon but they deserve to be for those who are inclined to understand how the modern world operates.

The firms that produce the cans that Coke and Pepsi use are made economically viable because they produce billions (literally) of soda cans. The average cost of producing a soda can is pennies due to “economies of scale” because if their cans were not demanded in the billions, they would not be able to invest in the sophisticated machines that cost hundreds of millions which produce the billions of cans used in getting variety of beverages to consumers.

Scale economies and high fixed costs are important features of the modern world. But they pale in comparison to the importance of innovation that comes from investment in research and development. Without R&D, there would be no advances in technology at the rate we are used to. And that’d be the end of our constantly advancing world.

The rich are very useful: they, by their investments, make it possible for the not-rich like me to have wealth that would have been unimaginable to my grandfather.

How? I was coming to that.