Decades ago, I came across Kahlil Gibran’s book “The Prophet” and later an audio version of the book read by the Irish actor Richard Harris (1930 – 2002.) I read the book and listened to the recording so many times that I can recite the whole book from memory.

It is poetry in prose. It resonates deeply with my soul (whatever that is.) The background music elevate the words. I still listen to Harris’s recording whenever the mood strikes me, which is often. Here is the first chapter.

Below the fold, I have the text of the first chapter. (Project Gutenberg has the whole book.) I recommend reading it while listening to Harris’s recitation of the book. Listen.

Let me know if you want the rest of the audio.

Almustafa, the chosen and the beloved, who was a dawn unto his own day, had waited twelve years in the city of Orphalese for his ship that was to return and bear him back to the isle of his birth.

And in the twelfth year, on the seventh day of Ielool, the month of reaping, he climbed the hill without the city walls and looked seaward; and he beheld his ship coming with the mist.

Then the gates of his heart were flung open, and his joy flew far over the sea. And he closed his eyes and prayed in the silences of his soul.

But as he descended the hill, a sadness came upon him, and he thought in his heart:

How shall I go in peace and without sorrow? Nay, not without a wound in the spirit shall I leave this city. Long were the days of pain I have spent within its walls, and long were the nights of aloneness; and who can depart from his pain and his aloneness without regret?

Too many fragments of the spirit have I scattered in these streets, and too many are the children of my longing that walk naked among these hills, and I cannot withdraw from them without a burden and an ache.

It is not a garment I cast off this day, but a skin that I tear with my own hands.

Nor is it a thought I leave behind me, but a heart made sweet with hunger and with thirst.

Yet I cannot tarry longer.

The sea that calls all things unto her calls me, and I must embark.

For to stay, though the hours burn in the night, is to freeze and crystallize and be bound in a mould.

Fain would I take with me all that is here. But how shall I?

A voice cannot carry the tongue and the lips that gave it wings. Alone must it seek the ether.

And alone and without his nest shall the eagle fly across the sun.

Now when he reached the foot of the hill, he turned again towards the sea, and he saw his ship approaching the harbour, and upon her prow the mariners, the men of his own land.

And his soul cried out to them, and he said:

Sons of my ancient mother, you riders of the tides,

How often have you sailed in my dreams. And now you come in my awakening, which is my deeper dream.

Ready am I to go, and my eagerness with sails full set awaits the wind.

Only another breath will I breathe in this still air, only another loving look cast backward,

And then I shall stand among you, a seafarer among seafarers. And you, vast sea, sleepless mother,

Who alone are peace and freedom to the river and the stream,

Only another winding will this stream make, only another murmur in this glade,

And as he walked he saw from afar men and women leaving their fields and their vineyards and hastening towards the city gates.

And he heard their voices calling his name, and shouting from field to field telling one another of the coming of his ship.

And he said to himself:

And shall it be said that my eve was in truth my dawn?

And what shall I give unto him who has left his plough in midfurrow, or to him who has stopped the wheel of his winepress? Shall my heart become a tree heavy-laden with fruit that I may gather and give unto them?

And shall my desires flow like a fountain that I may fill their cups?

Am I a harp that the hand of the mighty may touch me, or a flute that his breath may pass through me?

A seeker of silences am I, and what treasure have I found in silences that I may dispense with confidence?

If this is my day of harvest, in what fields have I sowed the seed, and in what unremembered seasons?

If this indeed be the hour in which I lift up my lantern, it is not my flame that shall burn therein.

Empty and dark shall I raise my lantern,

And the guardian of the night shall fill it with oil and he shall light it also.

These things he said in words. But much in his heart remained unsaid. For he himself could not speak his deeper secret. 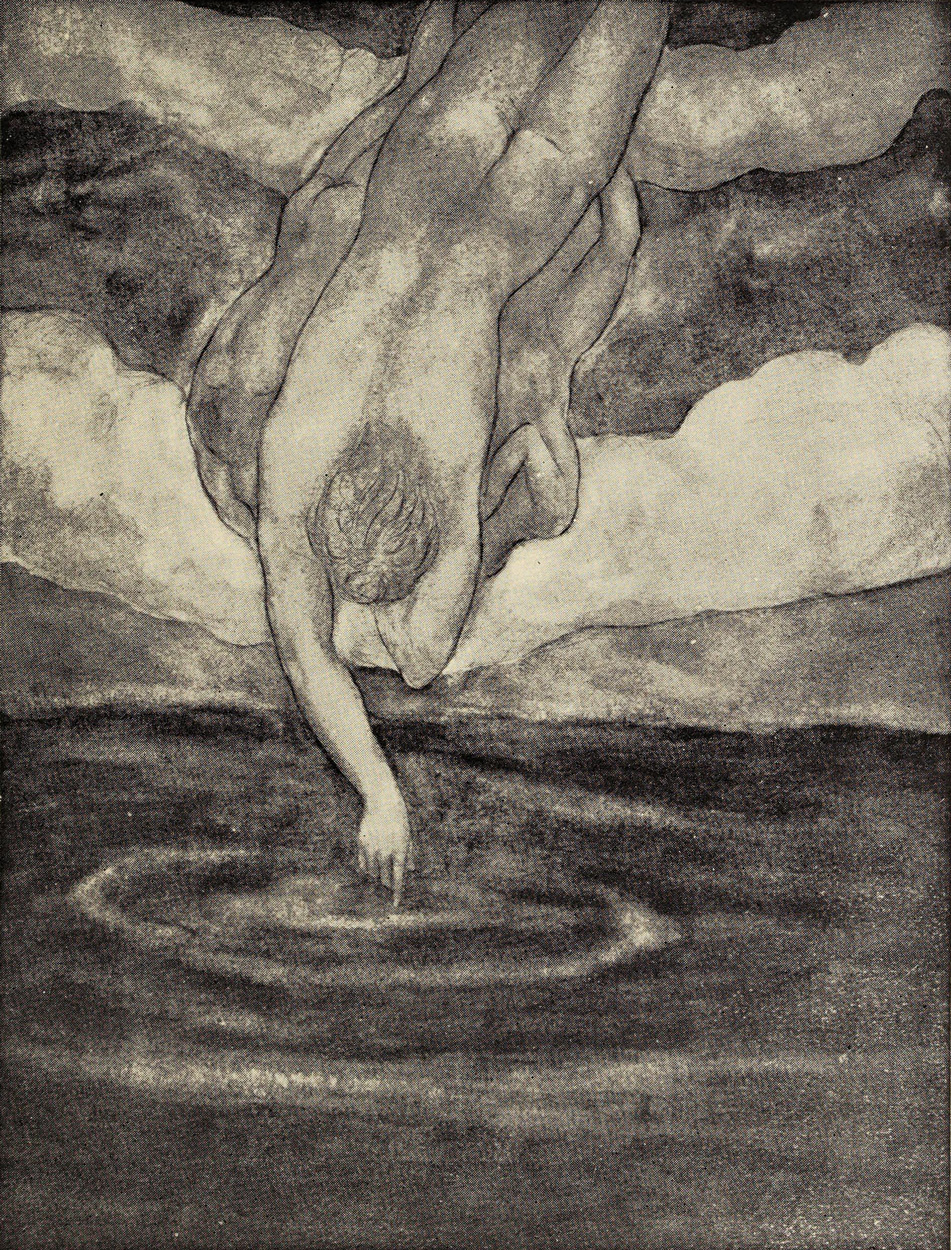 And when he entered into the city all the people came to meet him, and they were crying out to him as with one voice.

And the elders of the city stood forth and said:

Go not yet away from us.

A noontide have you been in our twilight, and your youth has given us dreams to dream.

No stranger are you among us, nor a guest, but our son and our dearly beloved.

Suffer not yet our eyes to hunger for your face.

Let not the waves of the sea separate us now, and the years you have spent in our midst become a memory.

You have walked among us a spirit, and your shadow has been a light upon our faces.

Much have we loved you. But speechless was our love, and with veils has it been veiled.

Yet now it cries aloud unto you, and would stand revealed before you.

And ever has it been that love knows not its own depth until the hour of separation.

And others came also and entreated him. But he answered them not. He only bent his head; and those who stood near saw his tears falling upon his breast.

And he and the people proceeded towards the great square before the temple.

And there came out of the sanctuary a woman whose name was Almitra. And she was a seeress.

And he looked upon her with exceeding tenderness, for it was she who had first sought and believed in him when he had been but a day in their city. And she hailed him, saying:

Prophet of God, in quest of the uttermost, long have you searched the distances for your ship.

And now your ship has come, and you must needs go.

Deep is your longing for the land of your memories and the dwelling place of your greater desires; and our love would not bind you nor our needs hold you.

Yet this we ask ere you leave us, that you speak to us and give us of your truth.

In your aloneness you have watched with our days, and in your wakefulness you have listened to the weeping and the laughter of our sleep.

Now therefore disclose us to ourselves, and tell us all that has been shown you of that which is between birth and death.

People of Orphalese, of what can I speak save of that which is even now moving within your souls?

2 thoughts on “The Prophet”