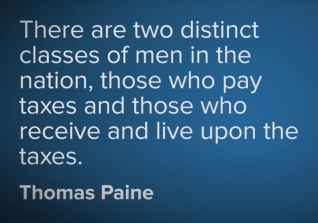 Anarchy, the wiki states, “is a society being freely constituted without authorities or a governing body.” The word could also mean, according to the Merriam-Webster, “a state of lawlessness or political disorder due to the absence of governmental authority” but I use the word in its literal sense as “without ruler.” I do not need nor want a ruler.

I am a political and philosophical anarchist since I reject being ruled by anyone. I am an autonomous, self-directed being who is committed to being free from the arbitrary will of others. I believe and act in accordance with the simple principle which Abe Lincoln elegantly stated: As I would not be a slave, so I would not be a master. END_OF_DOCUMENT_TOKEN_TO_BE_REPLACED