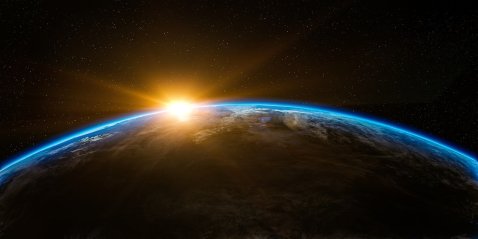 I missed marking the Winter Solstice of 2020 which was at 10:03 UT yesterday, December 21st. The wiki notes that “the winter solstice is the day with the shortest period of daylight and longest night of the year, when the Sun is at its lowest daily maximum elevation in the sky.” This day onward, the period of daylight will continually increase in the Northern hemisphere until the Summer Solstice (which will be at 3:32 UT on 21st June, 2021) when the process will reverse.

It’s curious that although the night of Dec 21st is the longest night, Dec 21st is not the day with the latest sunrise. Sunrise time depends on the latitude of a place — the more distant from the equator, the later the sunrise and the earlier the sunset (making appropriate adjustments for the differences in the two hemispheres.) Where I live, sunrise was around 7:19 AM on Dec 21st; the latest sunrise will be on January 5th, 2021 at 7:23 AM. After Jan 5th, the sun will rise earlier on each subsequent days.

The graphic on the left (click to embiggen) is for Minneapolis which is ~45 degrees North for the year 2013-14. As I am only ~40 degrees North, the precise times would differ but the overall picture would be very similar.

I like noting the natural change of seasons. These are real events, unlike the nominal events which are entirely arbitrary and only a matter of convention. It’s mere convention that the Gregorian year begins in January and not in, say, August.

Certainly, one can say that because the earth in its annual orbit around the sun is closest to it (perihelion) in January that it makes sense. Besides, January is named after the Roman god Janus — the god of doorways and beginnings.

In astronomy, axial tilt, also known as obliquity, is the angle between an object’s rotational axis and its orbital axis, or, equivalently, the angle between its equatorial plane and orbital plane. It differs from orbital inclination.

At an obliquity of 0 degrees, the two axes point in the same direction; i.e., the rotational axis is perpendicular to the orbital plane. Earth’s obliquity oscillates between 22.1 and 24.5 degrees on a 41,000-year cycle. Based on a continuously updated formula, Earth’s mean obliquity is currently 23°26′11.6″ (or 23.43656°) and decreasing.

I am always amazed at the earth. It’s really beautiful. We can’t ever hope to visit even a tiny fraction of this beautiful planet but thanks to the internet, we have easy access to pictures and videos of practically every part of this extraordinary planet. It’s the only home we humans have ever known, and for at least the next couple of decades, the only home we’ll ever know. Therefore let’s once again watch Carl Sagan’s ode to the “Pale Blue Dot”:

That’s music to my ears. And talking of music, how can you not listen to a track from Paul Winter’s album Sun Singer. It was one of the first few CDs I bought in the mid-80s when CDs were new technology. The CD insert notes cautioned that when playing the track “Dancing Particles”, you may suspect that your speakers are busted because of the rattling sound. That’s the sound of the bendir drums[2] which have snares across the drum head that create the characteristic sound. Listen.

Paul Winter is simply amazing on his saxophone. I love the Sun Singer album. I have been listening to it for 35 years. Listen to a Hymn to the Sun too. And do a Surya Namaskar. Have a good one.

[1] Image by Arek Socha from Pixabay

[2] Here’s a solo performance on a bendir drum.

One thought on “Happy Winter Solstice”