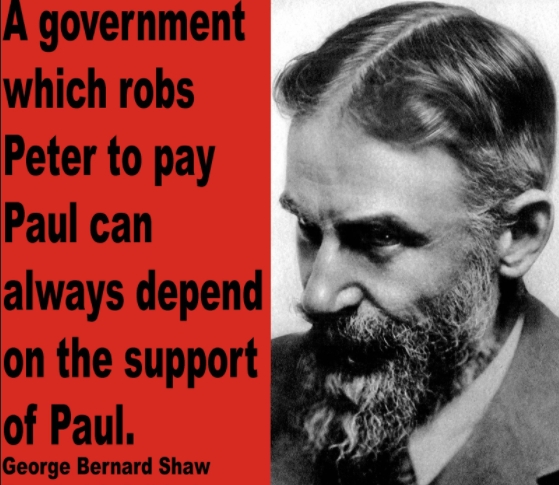 In an essay titled “Sham Battle” published in October 1936 in the Baltimore Evening Sun, H. L. Mencken enunciated a truth that is one of the core axioms of public choice theory. That axiom is the homely truth that politicians are people just like the rest of us. Homely truths, as Mark Twain recognized, are unpalatable. But they are true nonetheless.

People are motivated by their self-interest in their private lives. That is not to say that they are narrowly selfish but rather that they do what they believe to be in their interest, whatever those interests may be — including altruism if that is what interests them.

Homely truths endure. In 1936 Mencken wrote, “The state—or, to make the matter more concrete, the government—consists of a gang of men exactly like you and me.”

James Buchanan and Gordon Tullock developed public choice theory (PCT) in the 1960s. One of the assumptions of PCT is of behavioral symmetry: people behave the same way in their public capacity as they do in their private capacity. The person in the marketplace is the same person in the voting booth. A person is not transformed from a self-interested being with imperfect knowledge, foresight and morality in his private capacity into an other-directed being with perfect knowledge, foresight and goodwil in his public role as a politician, bureaucrat or a voter. By being elected or appointed to a public office, a person does not magically get endowed with the ability to know “the public good” and pursue that diligently. In other words, politicians are just like the rest of us. Don’t expect them to be better than you’d expect people to be.

I believe that the PCT behavioral symmetry assumption is true, and that leads me to be seriously suspicious of any government of whatever form — democratic, authoritarian, left, right, or center. And I am especially suspicious of elections. Here’s an the full quote from Mencken:

The state—or, to make the matter more concrete, the government—consists of a gang of men exactly like you and me. They have, taking one with another, no special talent for the business of government; they have only a talent for getting and holding office. Their principal device to that end is to search out groups who pant and pine for something they can’t get, and to promise to give it to them. Nine times out of ten that promise is worth nothing. The tenth time it is made good by looting A to satisfy B. In other words, government is a broker in pillage, and every election is a sort of advance auction sale of stolen goods.

Government, of course, has other functions, and some of them are useful and even valuable. It is supposed, in theory, to keep the peace, and also to protect the citizen against acts of God and the public enemy.

Once you see that politicians make promises of freebies to the people during election campaigns, you realize that they are promising to rob Peter to get the support of Paul. It’s a disgusting practice and engaging in it is morally wrong. Just say no to voting.

One thought on “An Auction of Stolen Goods”