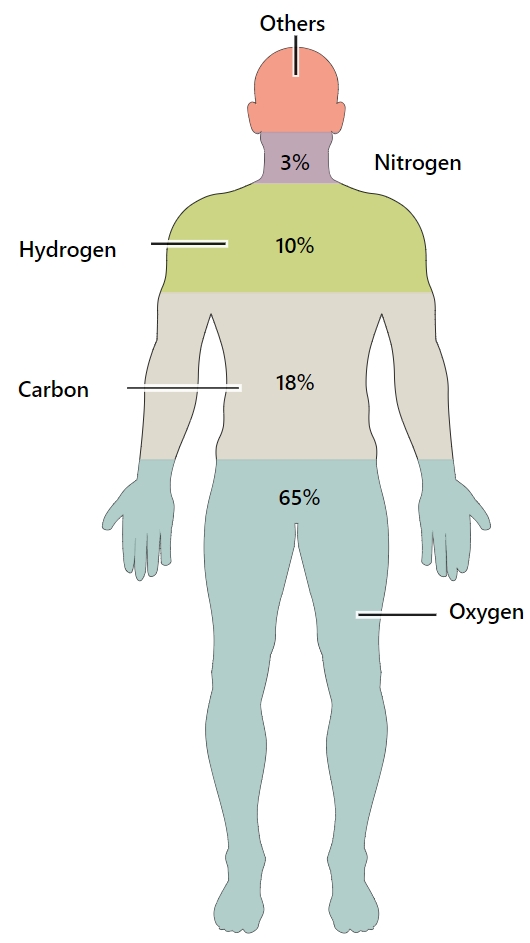 The human body (the same goes approximately for most other animals) is composed of 65% oxygen, 18.5% carbon, and 9.5% hydrogen by mass. Although hydrogen is less than 10% of the mass, 62% of the number of atoms in the human body is hydrogen because it is the lightest element in the periodic table of elements.

Most of the hydrogen and oxygen goes into the water that is the primary building blocks of all cells. How much of the human body is water depends on the age and gender of the person. Infants are 75% water, children 65%, adult males  60%, and adult females 55%. Infants are cute, and they are mostly water. Coincidence? I think not. We were all infants once and we like water.

We are not done with numbers yet. The abundance of various elements in the earth’s crust (on which we live) is interesting too. The crust is mainly four elements by mass: oxygen 46%, silicon 28%, aluminum 8% and iron 6%. How much carbon — the element on which all life on earth is based? An astonishingly low 0.02%. Hydrogen is seven times more abundant than carbon at 0.14%.

What I am concerned with here is CO2. It’s the life-giving molecule for carbon-based life forms. Without CO2, most life on earth will end. It is not at all the poison that the hysterical climatistas claim it to be. They’ve been pushing their ideological idiocy and the ignorant masses have been swallowing that nonsense. CO2 is what keeps us alive. I like what Freeman Dyson had to say about CO2: 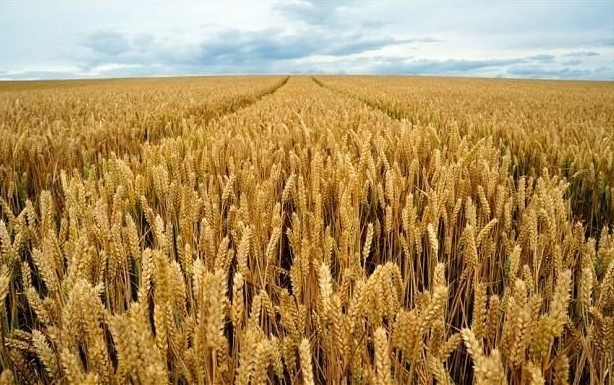 The fundamental reason why carbon dioxide in the atmosphere is critically important to biology is that there is so little of it. A field of corn growing in full sunlight in the middle of the day uses up all the carbon dioxide within a meter of the ground in about five minutes. If the air were not constantly stirred by convection currents and winds, the corn would stop growing.

One final point. Where does the matter that make of trees come from? Most people believe that trees get their substance out of the ground. Not so. Trees grow out of “thin air” — they are mostly carbon and they get that carbon out of the air in the form of CO2.

I am happy that anthropogenic carbon dioxide is increasing in the atmosphere. That is giving a boost to the growth of vegetation on earth — the greening of earth — thanks to the use of fossil fuels. May that trend continue.