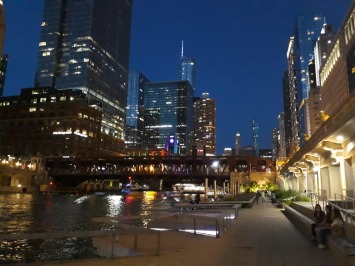 Humans are endowed with a cognitive faculty unique among all animals — we have the ability to not only lie to others but we can also lie to ourselves. Self-delusion surely imposes a heavy cognitive burden but there must be some reason that the capacity evolved. It must have some survival value. Perhaps it is better to believe in an illusion rather than admit a truth that is too unpleasant.

That could be the reason that criminal politicians are often held up by their followers as epitomes of virtue and goodness. Mark Twain claimed that once a man is reputed to be an early riser, he can safely sleep till noon. It appears to be general knowledge (or even common knowledge) that politicians are crooks but people are able to believe that their favorite politicians are saints. I love a neat little story I read in a delightful little book, Adam Smith Goes to Moscow, by Walter Adams and James Brock.

It is said that a wonder-rabbi of Chelm once saw, in a vision, the destruction by fire of the study house in Lublin, fifty miles away. This remarkable event greatly enhanced his fame as a wonder-worker. Several days later a traveler from Lublin, arriving in Chelm, was greeted with expressions of sorrow and concern, not unmixed with a certain pride, by the disciples of the wonder-rabbi. “What are you talking about?” asked the traveler. “I left Lublin three days ago and the study house was standing as it always has. What kind of wonder rabbi is that?” “Well, well,” one of the rabbi’s disciples answered, “burned or not burned, it’s only a detail. The wonder is he could see so far.”

India’s political bosses all appear to be like the wonder-rabbi of Chelm — their disciples all marvel at the great leaders’ visionary rhetoric — without bothering with the mere detail that they all spectacularly fail to deliver on their promises.