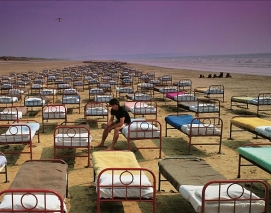 Last month, in a momentary lapse of reason, I decided to post a simple poll on twitter. I had been pondering the matter of secularism and thought it would be fun to know what others thought about it. I posted the question “Is a secular state justified in discriminating amoung citizens on the basis of religion?”

It was a stupid question. The answer is implied in the question; it’s a trivial question. It’s akin to asking, “What material is a steel tumbler made of?” and giving four choices: steel, glass, ceramic, plastic. Nothing can be gained from it other than the knowledge of how many people are too retarded and have trouble comprehending a simple sentence.

The poll of course is not a random sample since my twitter followers are a biased sample of the population. A majority, I guess, are people who are interested in economics and India-related issues. In any case, of those who bothered to answer the poll, nearly a third apparently don’t know what a “secular state” entails. That’s seriously disturbing. People who are sophisticated enough to access the web can be reasonably expected to know the meaning of simple concepts and respond intelligently to a basic question, a question that a well-trained monkey could answer.

Is a secular state justified in discriminating among citizens on the basis of religion?

Depending on the context, the word secular is defined in opposition to the words sacred or religious or parochial. Secular is not concerned with, or related to, religion. (There’s another common use of the word in the context of changes. A secular trend is one which is generalized. Thus a secular rise in prices indicates an increase in all prices, not just of some particular items.)

Example of secular states are many: the United States, Germany, Australia, New Zealand, for instance. The US governments (federal as well as the state governments) are constrained by the constitutions (federal and state constitutions) to be secular. The First Amendment to the US Constitution prohibits the state from discriminating on the basis of religion — which reads, in part, “Congress shall make no laws respecting an establishment of religion.” It’s knowns as the “establishment clause” since it appears to “establish a wall of separation between the state and the church.”

There are many examples of non-secular states: the United Kingdom (the official religion is Protestant Christianity, and the Church of England remains the state church of its largest constituent region, England; the Monarch of the United Kingdom is the Supreme Governor of the Church), the various Islamic states like Pakistan, Bangladesh, Saudi Arabia, Iran, Iraq — in fact all Muslim majority states are Islamic states and therefore non-secular.

The preamble of India’s constitution declares that India is constituted to be a “socialist secular democratic republic.” Like the people who did not select the answer “Never” to my twitter poll question and said that a secular state is justified in religious discrimination, the framers of the constitution of India appear to have language comprehension problems. They didn’t know what the word “secular” means. (The fact that they didn’t know what socialism means is equally disturbing — but that’s another matter.)

It’s time either to drive the meaning of the word secular into the goverment of India or to remove the word from the silly constitution. But that is not going to happen if the people are so confused about the world.

Picture credit: Click on the image at the top of the post to read the incredible story of the cover of the Pink Floyd album, “A Momentary Lapse of Reason.”