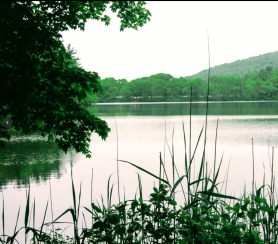 My normative ethical position has a simple side-constraint[1] which is that it is immoral to enslave people or to impose costs on them. Enslaving people entails using them for one’s own ends, and it is a violation of rights of others. Each individual has a right to his body, labor and talents. Using a person in service of one’s own ends is impermissible. Here nothing is said about what ends one may pursue. The only imperative — a categorical imperative and not a contingent imperative — is that enslaving others is a violation of their rights to self-ownership.

I subscribe to deontological ethics.[2] That means, one is morally obligated to do one’s duty, whatever that may be. This is distinct from consequentialist ethics which hold that the right thing to do is whatever has good consequences. One variety of consequentialist ethics is utilitarianism which views moral actions to be those that result in the greatest good for the greatest number.

I reject utilitarianism on the grounds that it entails using people against their will as means to some end and not as ends in themselves. Two examples commonly used to illustrate the problem with utilitarianism are the “Transplant” problem and the “Trolley” problem. If a doctor can save five patients who need organ transplants to live by harvesting those organs from a healthy person, then the utilitarian calculus would consider it morally permissible because it saves five lives at the cost of the killing of an innocent.

The trolley problem involves a run-away trolley on a track that has five trapped workers who would die unless the trolley is diverted to a second track which has one trapped worker who would die. Utilitarians would allow the killing of the innocent but would not be permissible if one adheres to the side-constraint that it is immoral to use other people against their will or without their permission for the benefit of others.

I agree with Kant’s second formulation of the categorical imperative which states it is moral to “act in such a way that you treat humanity, whether in your own person or in the person of any other, never merely as a means to an end, but always at the same time as an end.”

Enslaving others is congruent with coercing others into doing one’s bidding. In my view, coercing another is immoral without the permission of the person. That is, the only justification for coercion is that the person has contractually agreed to it. I am a contractarian in that sense — explicitly arrived at contracts between adults define the scope of permissible actions. I stand with James Buchanan on this who described himself as a “contractarian constitutionalist.” Meaning, people in society unanimously agree on a set of rules and then act in accordance with those rules. The unanimity condition is important. The constitutional rules must have unanimous consent.

Now that I have stated the side-constraint (do not enslave or coerce others or impose costs on others), what is my goal? My goal is to freely exercise my will subject only to that side constraint. This goal is “universalizable” in the sense that if everyone were to follow their own similar goal of freely exercising their will, the goals will not be in conflict.

[1] The term side-constraint can be understood to be kind of a fence encircling a field. One is free to roam in the field but is constrained to be within it because of the fence.

[2] The ethics of the Bhagavat Gita, one of the greatest spiritual texts of the Hindu world, is deontological.  कर्मण्येवाधिकारस्ते मा फलेषु कदाचन |

{This is a partial answer to the question Keshav asked in response to my recent AMA. More answers to follow. For a detailed description of deontological theories, see the Stanford Encyclopedia of Philosophy.}

One thought on “What I Believe”