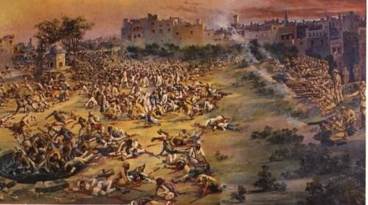 The Jallianwala Bagh Massacre aka the Amritsar Massacre was done on April 13th, 1919, one hundred years ago.

General Dyer’s soldiers, the ones who murdered unarmed innocents were Sikh, Gurkha, Baluchi, Rajput troops from 2-9th Gurkhas, the 54th Sikhs and the 59th Sind Rifles. Indians murdered wholesale Indians at the command of a foreigner. How morally depraved can a people become.

7 thoughts on “100th Anniversary of the Jallianwala Bagh Massacre”