After I wrote that post on “People I Admire“, I began thinking that I should start listing my heroes. So let’s make this a series. Here’s part 2 of the series. I will mention two people. One of them used to be my neighbor at the Convent. Did you know that I spent one year at the Convent? Yes I did, although it was naturally not a functioning convent when I lived there. The other person is someone I haven’t met but I would dearly like to meet. He works (and I guess, lives) in the SF Bay area, and therefore I can claim that he’s a distant neighbor. They share one thing in common: they are both black — or to use the more politically correct term, they are African-American.

OK, so let’s start with my year of living in the Convent. As a student at UC Berkeley, I lived in a student housing co-op, the University Students Cooperative Association (USCA.) The first year I lived in a house (the largest in the co-op) called Cloyne Court & Hotel. Why that name? Because it used to be a hotel once upon a time. It’s an ancient structure, with the distinction of being on the National Registry of Historic Buildings. 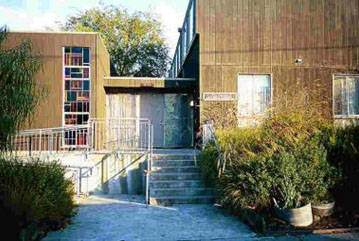 Cloyne Court was huge and it housed 150 students. It also meant total chaos. So when I got the opportunity, I moved to a smaller house. The Convent (picture left), with only 24 residents, was the smallest house in the co-op. The move from the biggest house to the smallest house was really refreshing although the commute went up a bit. Cloyne Court was at the edge of the campus but the Convent was a mile west. But I am not complaining.

I got a nice corner room at the Convent overlooking the courtyard. Actually, it was more like a 8’x10′ cell but with great big windows. Remember that it used to be an actual convent. It even had a chapel which had been converted into a large game and music room. Anyhow, all the rooms were single-occupancy and small, except for one room downstairs which used to be the Mother Superior’s room and had its own attached bathroom.

Anyway, enough with the description of the general scenery. 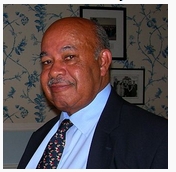 I had noticed that the room next to mine at the Convent was always locked and that I had not seen the resident. I asked and got to know that it was a room reserved for one Mr Ward Connerly. Who? I was told that Connerly was a Regent of the University of California and that when he come to Berkeley on Regent related work, instead of staying at an expensive hotel, he sleeps over at the Convent. With time, I got to know that Mr Connerly was someone who had earned the eternal hatred of leftists. That immediately endeared him to me. I leave you to read his biography on the Wiki. Too bad I never got to meet him even though he was in a sense my neighbor.

I admire him for his principled stance on a topic of great interest to me: institutionalized discrimination. I think it is just fine by me if a person discriminates against me for whatever reason. And I too reserve my right as an individual to discriminate for or against a person or a group of my liking or disliking. What I am against is institutionalized discrimination. For instance, I don’t want the government or the legal system to discriminate for or against me based on some attribute of mine that I have no control over. It goes against the generality principle and principle of equality under law.

I will introduce the other person in the next piece in this series. Please feel free to guess who that might be.