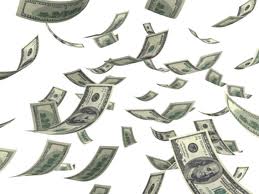 Money does grow on trees. Quite a bit of it is printed on stuff that is grown — wood cellulose & cotton. But money is not wealth. It is easy to confuse money with wealth but they are not the same. Governments create fiat money but that does not mean that governments create wealth. People through their effort create wealth. The government merely takes some of that wealth and uses it for various purposes, only some of which are defensible and some are not.

Why the Indian government shouldn’t have given a rape victim’s family $90,000 in taxpayer money

Public tragedies are a certainty in a world of more than 7 billion people: suicide bombs, shooting massacres, mass transportation accidents. We accept them as we do the weather, even though mayhem is often caused deliberately or through incompetence.

We vicariously feel the pain and want to help and share in the loss, which is why people rally so much in the aftermath of catastrophe. This often involves some compensation from public funds handed out by some public authority.

Within three months of the Sept 11, 2001 terrorist attack in the US, $7 billion of federal funds was distributed as compensation. On average, the injured received $400,000 and the families of those killed received $2 million. In addition to the government funds, $2.7 billion in private charitable contributions were received.

But sometimes, horrific events involve far fewer people and still prompt an outpouring—such as the fatal gang-rape of a 23-year old woman in New Delhi in December. Sexual assaults are a commonplace occurrence in that city, but this one captivated the globe. The victim posthumously received the “International Woman of Courage Award” from US Secretary of State John Kerry last week.

Meanwhile, the victim’s family has received considerable compensation (by the standards of a poor country like India) from both public and private parties. State governments in India gave around $90,000. Private contributions also came in, including $3,000 from Yuvraj Singh, an Indian cricket player.

How we deal publicly and privately with victims and their families deserves serious attention by policymakers and the civil society. Our response should be rational rather than idiosyncratic to these random but unfortunately increasingly common events. We have to grapple with hard questions that have public policy implications. For instance, should governments be handing out compensations out of public funds?

At first, the answer may appear to be a self-evident yes. But on closer examination it appears problematic. We have to remember that not all victims get public compensation. Some get nothing while others get a lot. Who decides and by which criteria who is deserving of compensation? Remember, governments are people too. So why should some people decide what others are deserving of? After all, the money being doled out is taxpayers’ money given out by a third party: the officials of governments.

There’s another problem, especially in the case of a so-called “developing” country like India. Many public tragedies are partly the result of government incompetence, negligence and, in many cases, sins of not just government omission but actual commission. Railway accidents in which innocent people lose life and limb are frequent in India, often the result of poor management and corruption. After each of these, the government routinely hands out what it calls “ex-gratia” payments to pacify the victims and to give the general impression to be doing something.

So also is the case of the frequent terrorist bombings in India. The usual response from the central and state governments is formulaic, by now: First a condemnation of the “cowardly act”, then a stern statement that the criminals will be brought to justice soon (they almost never are), and finally, the announcement of compensation from the public till.

Perhaps the public is not aware the government is buying the public’s silence with the public’s money. In effect, the people in government cover up their own ineptitude by stealing from the taxpayers. That’s adding insult to injury. This problem is certainly not limited to developing countries. Even in rich countries with relatively clean and efficient governments, policymakers feel the pressure to appear to do something to demonstrate their compassion towards the victims.

Some people recognize the problem. Kenneth Feinberg, the lawyer who administered the September 11th Victim Compensation Fund said, “Bad things happen to good people every day in this country and it’s not part of our heritage for the taxpayer to be an insurer. To give these people, on average, $2 million tax free flies in the face of American history.” It negates the civilized principle of equal treatment before the law.

I see it as a basic principal-agent problem. The government is the agent of the citizens who are the principals. Expediency rather than rational considerations drive a wedge between the agents’ actions and the objectives of the principal.

There is a way out of this problem: Essentially, citizens must directly be in charge of deciding how much compensation is just for victims of tragedies. Each one of us individually has to be the final arbiter of what each of us owes to the victims, our fellow beings.

Imagine, instead, if your neighbors were in charge of deciding which charities you should support and with how much. You would be justifiably outraged and resist the usurpation of your right to your property. It is no different when the people in government decide who gets compensation and by how much following a public tragedy.

Instead, each of us must be free to decide how much to give and to whom. The proper response by the public to public tragedies has to be one of compassion expressed through private charity. We must look within and have the freedom to decide who needs our help and to what extent. In this age of instant and easy communication, it is quite feasible for people to contribute whatever they wish to any cause they find deserving.

In other words, we as individual citizens must retain our independence and must not delegate our responsibility towards our fellow citizens to agents, the people in government.

But what if people don’t contribute? The objection may arise and is a fair one. There is no virtue in charity if it is coerced by others—not even if those who are doing the coercing are elected government officials. If government officials feel very strongly about compensating the victims, they are equally free to dig into their own (often considerably deep) pockets and give. But this does not happen. It is always other people’s money that government officials are so ready to distribute and seek approval.

The public is rightly outraged at the perpetrators of these crimes against the innocent. It should be equally outraged at the government’s action that inevitably follows: the theft from the public to cover up what is too often the government’s failure to prevent those crimes in the first place. It is both unethical and immoral. It should be vociferously condemned and strenuously resisted at every instance everywhere.

6 thoughts on “The Case Against Government Compensation of Crime Victims”