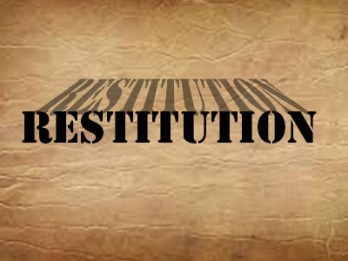 The big news in town is the verdict by the Supreme Court of India on the matter of the Ram Janmabhoomi site. It appears that the land has been “awarded” to those who want to have a temple dedicated to the birthplace of Bhagwan Ram. There’s much jubilation among Hindus. But why?

Fact is that that site was a temple in the first place. Islamic invaders destroyed that temple as is their religious duty, and they built a mosque at that site to demonstrate their supremacy. In a polity that rejects Islamic supremacy, it’s easy to conclude that building mosques on temple property is immoral, unethical, uncivilized and just plain wrong. Why did it take decades for the Supreme Court to decide this case? Is the court merely incompetent or just lazy or stupid or what?

I also think that all sites that used to be temples — they number in the thousand if the records are to be believed — should revert to the community that built them, not just this Ram Janmabhoomi site. It does not matter if there were five temples that were destroyed and mosques built on them or there were 50,000 temples. As a matter of principle, every one of them must be given back. The descendants of the destroyers do not and cannot have any claim to stolen property.

I don’t celebrate this decision of the Supreme Court of India. It is what it should be but it is not enough. The court should have decided the larger issue — namely restitution. That contemporary Indian Muslims (converts or descendants of Islamic invaders) must relinquish all their claim to all stolen temple property. If they or their ancestors rightfully acquired temple property (by sale, for example) it’s theirs. But if it was acquired by force and conquest, then it must be returned to the descendants of those who were the rightful owners.

I think a disclaimer is appropriate at this point. I am a Hindu. It does matter to me that my ancestors suffered what one historian, Will Durant, termed as “the bloodiest story in human history”:

The Islamic conquest of India is probably the bloodiest story in history. It is a discouraging tale, for its evident moral is that civilization is a precious good, whose delicate complex of order and freedom, culture and peace, can at any moment be overthrown by barbarians invading from without or multiplying within.

Multiplying within. That’s important. Not just invading barbarians but those that multiply within.

I am a Hindu and it matters to me even though I don’t live in India and I am not a citizen of India. It matters me as a matter of principle. Everything that has to do with justice and morality matters to me. I oppose injustice and tyranny. It’s not conditional; it’s absolute. Like every human, I am not an island. I am part of the whole of the human enterprise. The vasudeva kutumbukam, as the Hindu dharma proclaims.

This is an universal principle. John Dunne, the English poet and cleric, born 1572, wrote —

No man is an Island, intire of it selfe; every man is a peece of the Continent, a part of the maine; … any mans death diminishes me, because I am involved in Mankinde; And therefore never send to know for whom the bell tolls; It tolls for thee.

It does not matter to me that Dunne belonged to the Church of England. What matters is that he belonged to the same family as I — the human family. I am as much his inheritor as some contemporary English fellow. The entire human family is the main, and I am a part of that main. That’s why it matters to me what happens in India.

Alright, so a mosque was built in 1528 CE by one Mir Baqi, commander of an Islamic invader of India named Babur. It has been nearly five centuries but one bit of wrong has been corrected. That’s not enough.

Every bloody (I use the word bloody advisedly) temple which has been destroyed and mosques built on it — whether three hundred years ago or just last year — must be turned over to those who worship in temples. Not just this one Ram Janmabhoomi temple but every single one of them. There must not be any compromise. It’s immoral to compromise on matters of principle.

And the temples must be rebuilt. Who should pay for them? The Hindus for sure because they are the inheritors of the temples. But also those who claim to be the descendants of those who destroyed the temples. They need to own up to their responsibility and denounce what their ancestors did.

Restitution. It’s the only way to build not just temples but civilization. And those who refuse to pay restitution must be declared outside the circle of the civilized.