Ask me anything — The Elections Edition 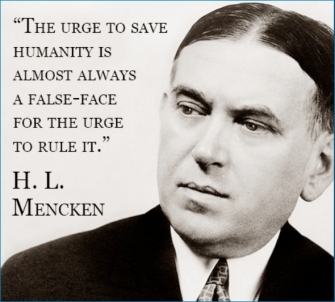 “The state—or, to make the matter more concrete, the government—consists of a gang of men exactly like you and me. They have, taking one with another, no special talent for the business of government; they have only a talent for getting and holding office. Their principal device to that end is to search out groups who pant and pine for something they can’t get, and to promise to give it to them. Nine times out of ten that promise is worth nothing. The tenth time it is made good by looting A to satisfy B. In other words, government is a broker in pillage, and every election is a sort of advance auction sale of stolen goods.

“Government, of course, has other functions, and some of them are useful and even valuable. It is supposed, in theory, to keep the peace, and also to protect the citizen against acts of God and the public enemy.” — Henry Louis Mencken.[1]

Cynical though Mencken is about the whole business of elections, politicians and government, his assessment is precisely correct. He points out that government consists of people just like the rest of us. True. That same assumption is employed in public choice theory.

James M. Buchanan, one of my most revered economists, is a pioneer in public choice theory, the three three main foundations of which are methodological individualism, behavioral symmetry, and politics as exchange. Behavioral symmetry means that as voters, politicians and bureaucrats, people are simply people. They are as self-seeking as voters, bureaucrats and politicians as they are as shoppers.

Alistair Cooke in his weekly radio broadcast, A Letter from America, once explained the theory of public choice to his listeners as “the homely but important truth that the politicians are after all just the same as the rest of us.”

Anyway, Indian elections are around the corner. The various political parties are promising goodies to special interest groups. They may or may not fulfill those promises but it is certain that once elected, the politicians will steal from particular groups (through taxation, which is legal but largely immoral) and transfer to other groups.

Do I blame the politicians for what they do to the people? Not entirely. The people get fooled because they are stupid and greedy. As another American journalist Edward R Murrow put it, “A nation of sheep will beget a government of wolves.”[2]

A bit more of Mencken.

Alright then, ask me anything.

[1] That quote is from an essay, “Sham Battle”, published in the “Baltimore Evening Sun” in October 1936,  H L Mencken (1880 – 1956) was born and died in Baltimore, which is just an hour’s drive south of where I am right now. As it happens, today I will be passing by Baltimore on my way to Ashburn VA for the weekend.

[2] I recommend this Dec 2012 post, “A nation of sheep will beget a government of wolves.“

Categories: AMA -- Ask me anything