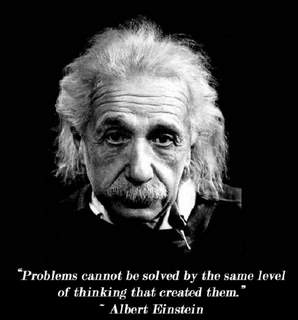 It is generally true that most of the problems humanity suffers are created by humans. It is also generally true that humans eventually figure out solutions to those problems. However it is important to note that the two sets of humans — the problem-creators and problem-solvers — are disjoint sets. We can paraphrase Einstein’s astute observation: Problems cannot be solved by the same set of institutions and organizations that created them. India’s myriad modern problems have their genesis in one institution alone, the Congress party. In this post, I argue that for India to progress, Congress has to go.

To set the context, allow me to stress one central fact that we tend to forget. We forget because it is too pervasive and its persistence makes it appear akin to a fact of nature, as if there is a certain inevitability about it. I am talking of India’s desperate poverty.

I am assuming here that India’s desperate poverty is common knowledge. Actually it isn’t. I have spoken to many educated Indians and after only a bit of probing realized that they don’t have a clue about how desperately poor India is. I tell them that if by some miracle (or disaster) we were to distribute all the resources (wealth, income, land, water, etc) absolutely equitably, it would of course eliminate inequality but all Indians will still be desperately poor. We can all agree that there are rich people in India but the numbers are relatively small, and their exceptional condition does not negate the basic truth that India is horrifyingly poor.

That it does not horrify the average Indian is a marvel to behold. I think they don’t find it horrifying partly because they accept it as a natural condition, partly because they have become inured to it, and partly as a coping mechanism through denial.

Poverty is not an impossible problem to solve. For most of human history, poverty has been a persistent fact but it does not have to be anymore. The stock of knowledge, the technologies, institutional arrangements, resources both material and financial — all these essential ingredients for the elimination of poverty exists today, and which did not exist say a hundred years ago. One may have been forced to accept widespread poverty then but now accepting it is tantamount to helping in poverty’s persistence.

India has access to the knowledge required to make good policies that will help solve the problems India faces. Technology is easy enough to create, to import, to adopt, to adapt. Resources too India has: land, water, minerals, human capital. Admittedly, it is not too abundant but the resources are more than sufficient for India to be at least a middle-income country (say with per capita annual GDP of around $10k). Some rudimentary institutions are also there. There’s a judicial system. It works at times but it needs major re-engineering. It is overburdened and in some cases corrupt. There are legislative bodies but they are ridden with corruption and ineptitude.

All in all, most of the necessary ingredients exist for India to not have been a desperately poor country. (I keep repeating “desperately” in the hope that it sinks into the subconscious.) So what’s been missing from the list of ingredients?

Perhaps the most important lesson that a study of economics teaches is that economic policies matter in how an economy performs. Think about economic policies as a recipe. You may have the all the best ingredients to make a mouthwatering dish, but if your recipe is bad, you are stuck with an unpalatable mess. Or you may have the best ingredients, and the best recipe, but if the cook is third-rate, you are once again looking at one hell of unappetizing disaster.

Allow me to quote a couple of smart observers in this context. Brad DeLong, professor of economics at UC Berkeley (whom I admire immensely) wrote in 2001:

The conventional narrative of India’s post-World War II economic history begins with a disastrous wrong turn by India’s first prime minister, Jawaharlal Nehru, toward Fabian socialism, central planning, and an unbelievable quantity of bureaucratic red tape. This ‘license raj’ strangled the private sector and led to rampant corruption and massive inefficiency. As a result, India stagnated until bold neo-liberal economic reforms triggered by the currency crisis of 1991, and implemented by the government of Prime Minister Narasimha Rao and Finance Minister Manmohan Singh, unleashed its current wave of rapid economic growth – growth at a pace that promises to double average productivity levels and living standards in India every sixteen years.

Disastrous wrong turn by . . . Nehru. Keep that in mind. Here’s another assessment made by The Economist in 1991.

The hopes of 1947 have been betrayed. India, despite all its advantages and a generous supply of aid from the capitalist West (whose ‘wasteful’ societies it deplored), has achieved less than virtually any comparable third-world country. The cost in human terms has been staggering. Why has Indian development gone so tragically wrong? The short answer is this: the state has done far too much and far too little. It has crippled the economy, and burdened itself nearly to breaking point, by taking on jobs it has no business doing.

India achieved less than virtually any comparable third-world country. Staggering costs in human terms. Think about those bits. Why?

The short answer it that the people at the helm of affairs have been arrogant, dictatorial, ignorant, and stupid. Nehru never listened to wise counsel. Once his mind was filled with socialistic nonsense, he did not deviate. He dictated, and the Congress party which was his fiefdom, followed. When Nehru died, within a short time his daughter Mrs Indira Gandhi (not related to Mahatma Gandhi although I have heard it said that M Gandhi had forced Feroze to change his Khan last name to Gandhi — for what reason I cannot fathom), another dictator, went about mercilessly strangling the Indian economy. She introduced the word “socialist” in the Indian constitution — thus adding steel straps to the straight-jacket that her father had fitted India.

Nehru-Gandhi family’s high-handed, wrong-headed, arrogant, ignorant policies have been entrenched in the Indian economy. The Congress party cannot change those policies. Why? Because to change policies they will have to admit that Nehru was an ignorant dictatorial failure. This they cannot do because their highway to power is built on the myth that Nehru and his descendants (and whoever they happen to be married to) are the wisest leaders that India ever had.

They Cannot Afford to Change

For more on the failed policies, please see “THE PAST, PRESENT AND FUTURE OF INDUSTRIAL POLICY IN INDIA: ADAPTING TO THE CHANGING DOMESTIC AND INTERNATIONAL ENVIRONMENT” University of Cambridge, Working Paper No. 376 by Ajit Singh. Dec 2008. (The two quote above are from that paper.)

Here’s a bit from the abstract of the paper.

The paper suggests that industrial policy and planned economic development did not come to an end with the deregulation of India’s traditional investment regime in the 1980s and 1990s. . . . India requires a somewhat different industrial policy than that pursued in the Nehru-Mahalanobis era, or that has been followed since then.

I am sure that most of us don’t have the time or the inclination of reading economic papers. What we can do however is to think seriously about what we see going on around us.

As I wrote in a previous post, the Congress party inherited the rule of India from the colonial British. They inherited not just the institutions or the legal structure or the economic system: they also inherited the mindset of the British.

The British had a policy of “divide and rule.” The Congress does the same. It is forever dividing the country along caste and religious lines. One of the Nehru-Gandhi family house-boy, Dr Manmohan Singh, even went so far as to state baldly that people of one specific religion have first claim to India’s resources.

But let’s not soil our hands touching filth. So no more about Dr MM Singh.

The Nehru-Gandhi family are not professionally qualified. I doubt that any of them can actually even do a bank teller’s job. (Although they have sufficient stuff stashed away for a comfortable life till the end of time.)

The challenge we have is public education. Some how we have to make sufficient number of voters aware of the immense harm that the Congress party has done and why that party cannot but go down the same track of keeping India desperately poor.

Can Al-Qaeda Solve the Terrorism Problem?

The Congress party led by the Nehru-Gandhi family cannot and will not solve India’s problem because they created the problem in the first place and it was in their narrow selfish interest that they did so. Expecting them to solve the problem is like expecting Al-Qaeda to address the problem of terrorism.

We have a choice: either we bury the Congress party or we bury India. One or the other will happen. Which one is what we have to decide.

73 thoughts on “Why the Congress Must Go”